Congrats to Nick Feros and Bill Cearns for landing two Metreys in the one session!

What a week it has been at Dhipirri Barra & Sportfishing Lodge with the second and third Metre Barramundis of the 2022 Fishing Season landed. 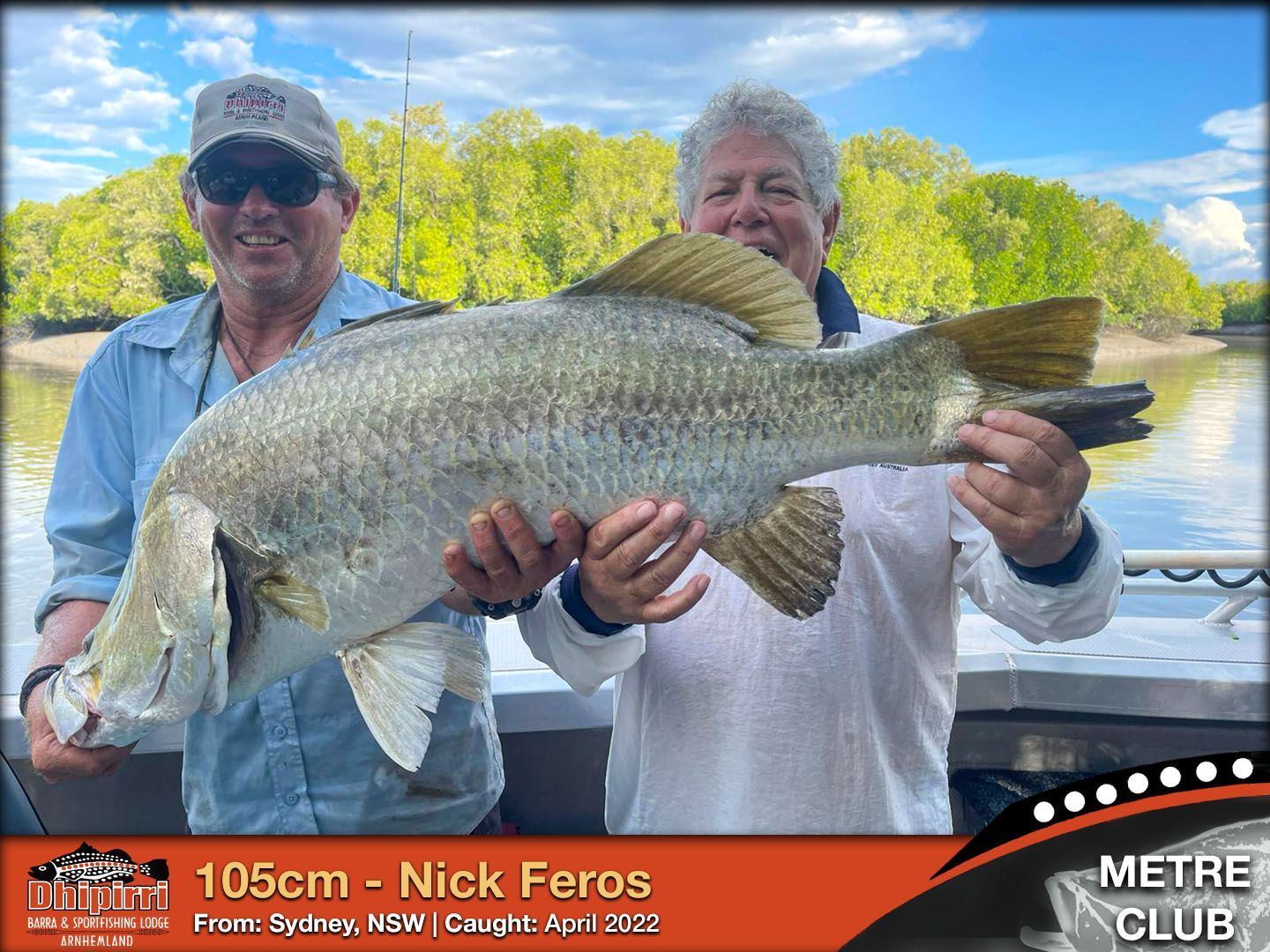 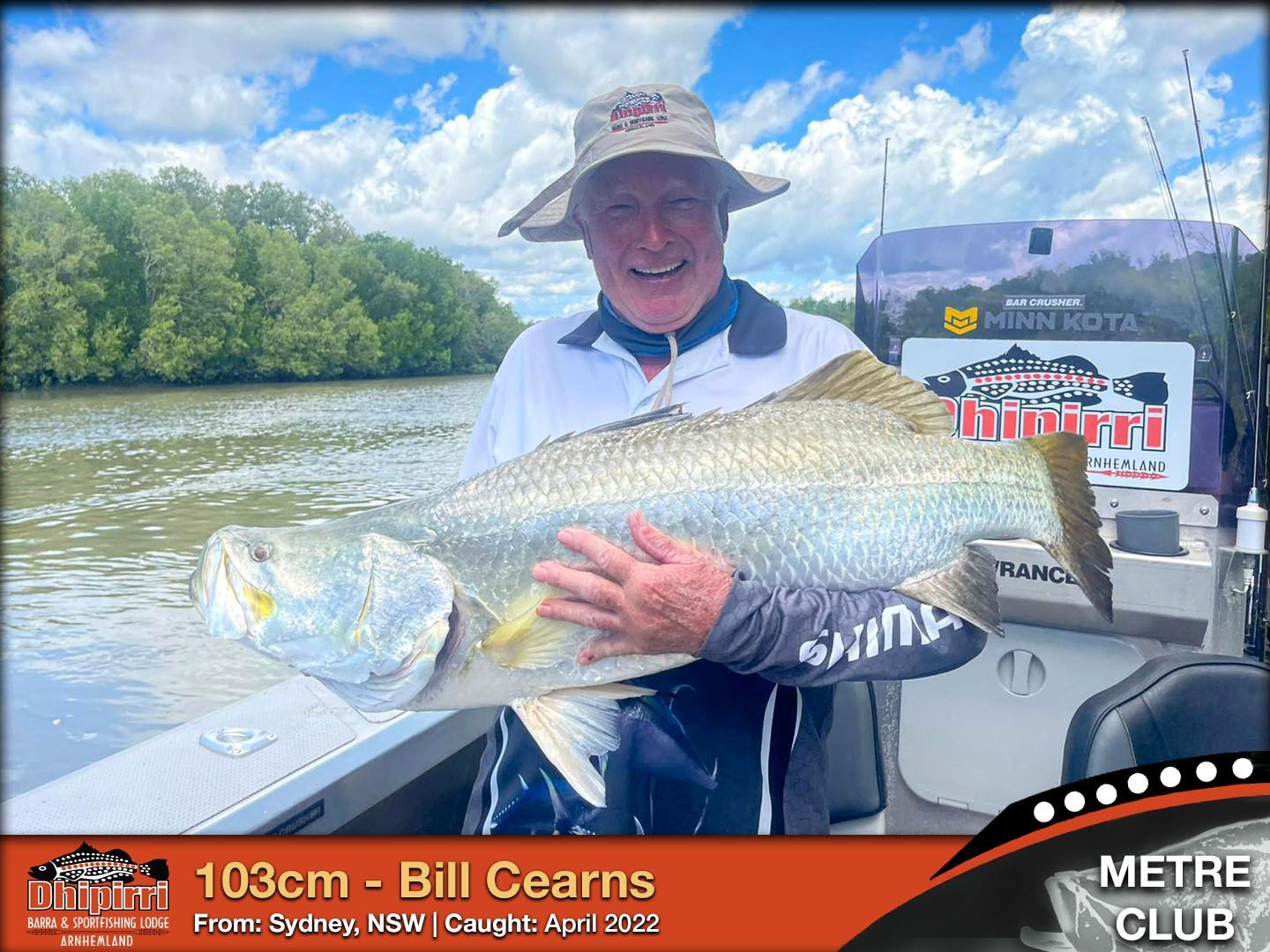 Watch the Video below of Bill’s 103 being fought with Darren’s guiding skills at work to talk him through it.

The boys had a day out with Darren too – with Nick also catching a 93cm, and the third member of the boat Martin Newman not exactly letting the side down with a 93cm and 88cm Dhipirri Barra. 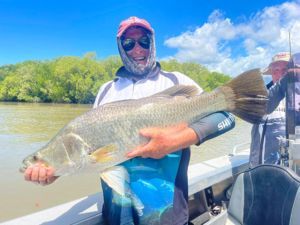 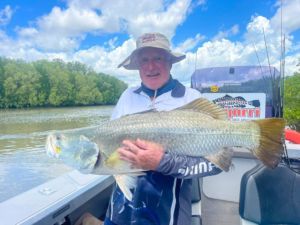 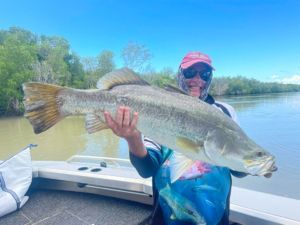 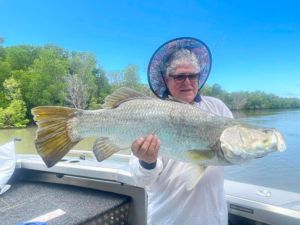 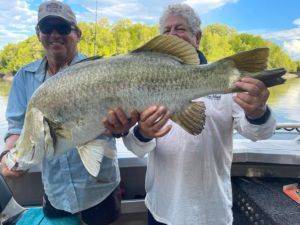 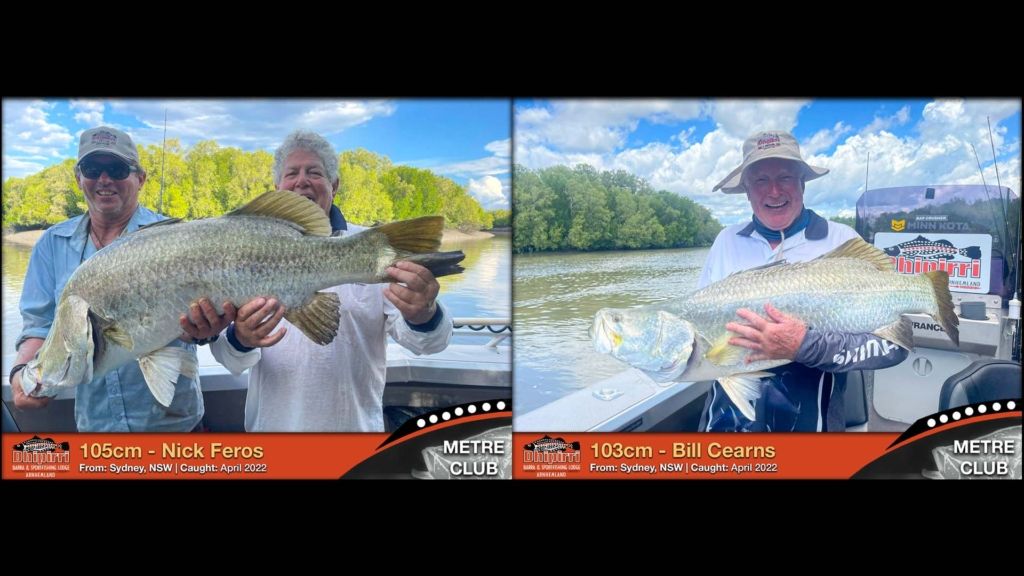