The Barramundi is an iconic sport fish in Australia and is one of the main targets at Dhipirri.

Found in our river systems and along the coastline, clients love chasing this species. Sight fishing Barra is considered by some to be the most enjoyable fishing there is… and when a sizeable Barra decides to chase your perfectly cast lure – there are few more thrilling feelings in angling! 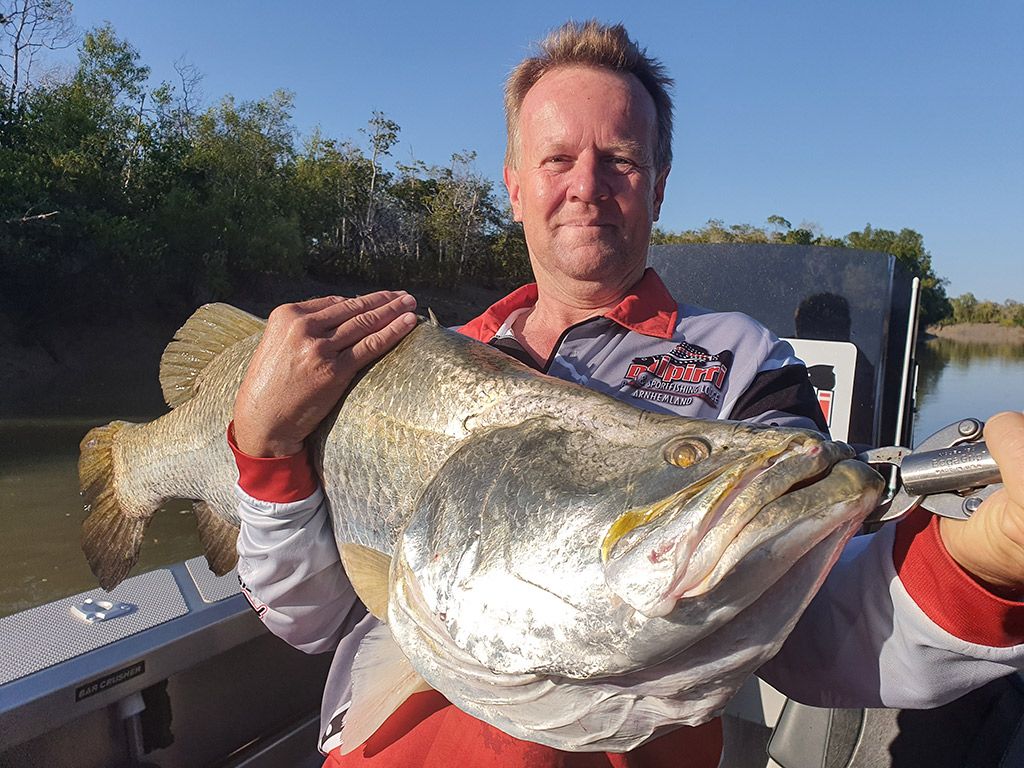 From the aerial shows, to the power struggles in the snags, this fish will test all anglers and when a big one gets away… anglers have been known to be inconsolable.

The ultimate ‘one more cast’ fish… when you find a snag full of Barra you can be there for hours. 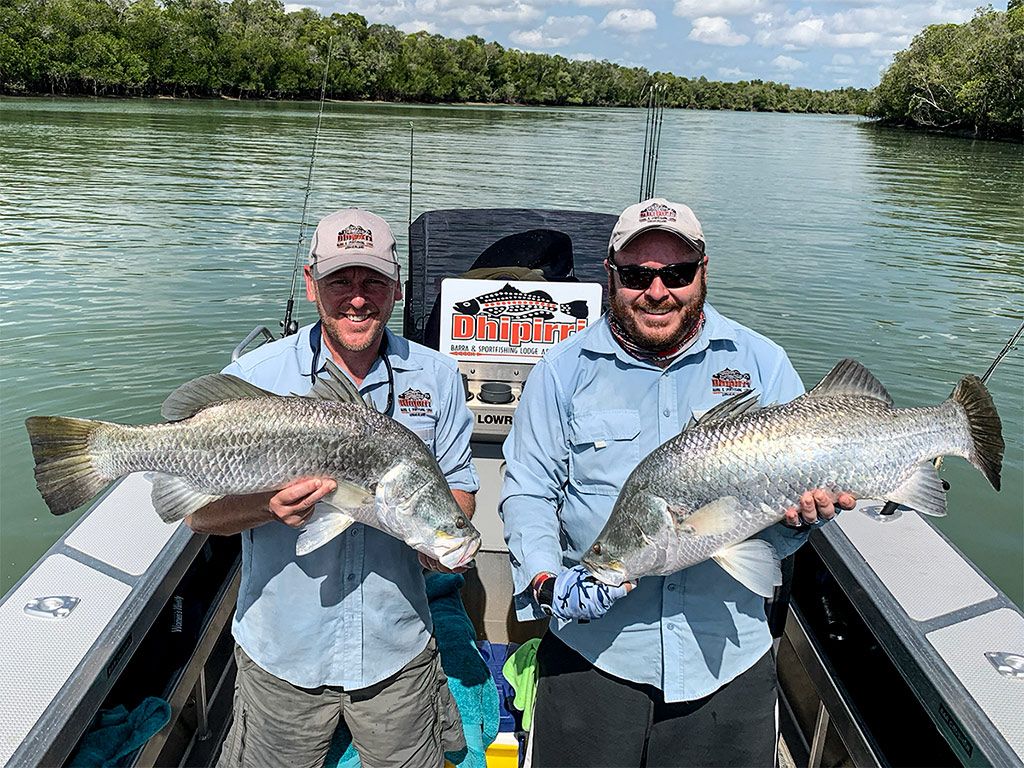 The Barra at Dhipirri are both large and abundant, with many fish over 1 metre being caught every year. 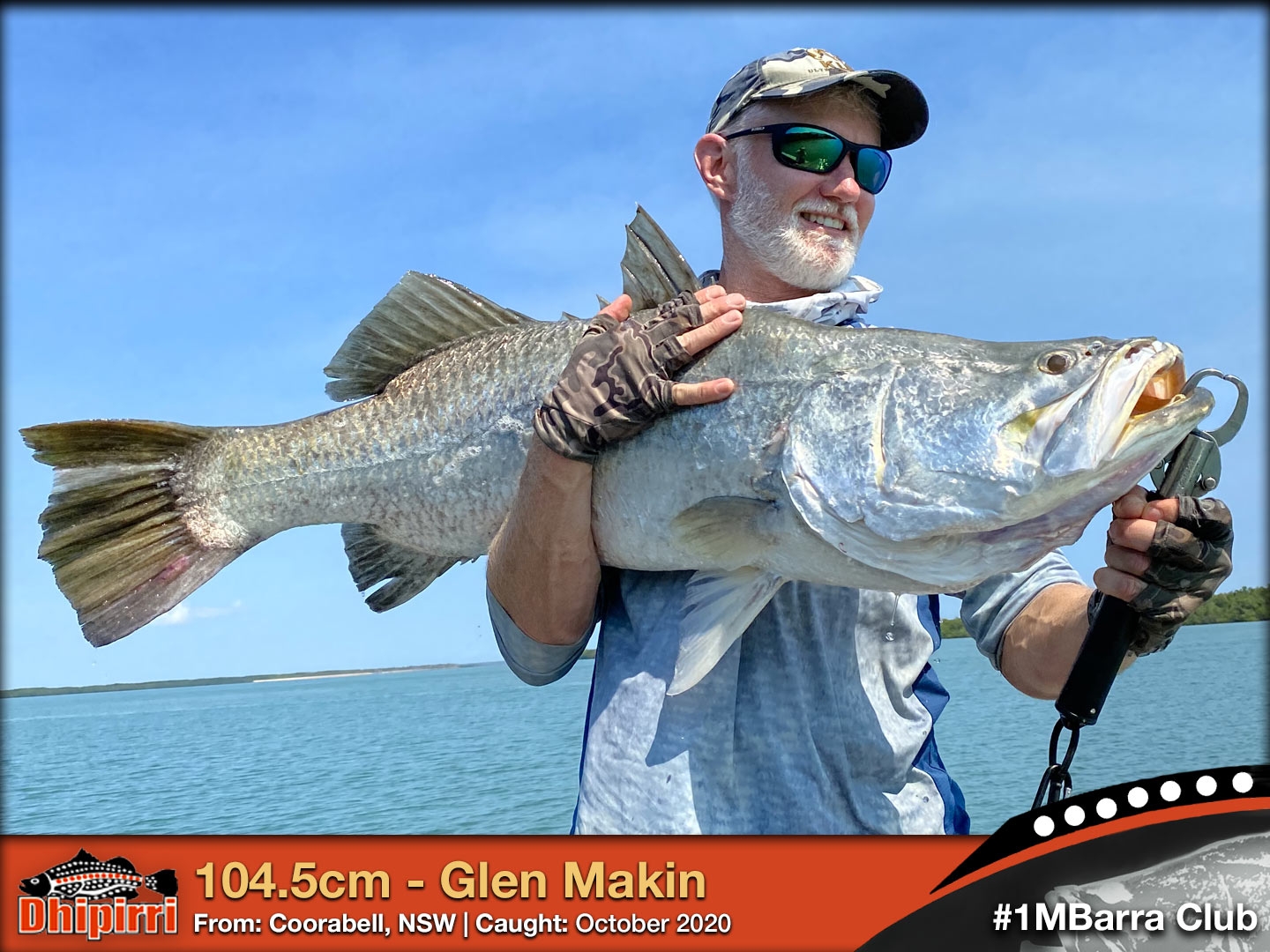 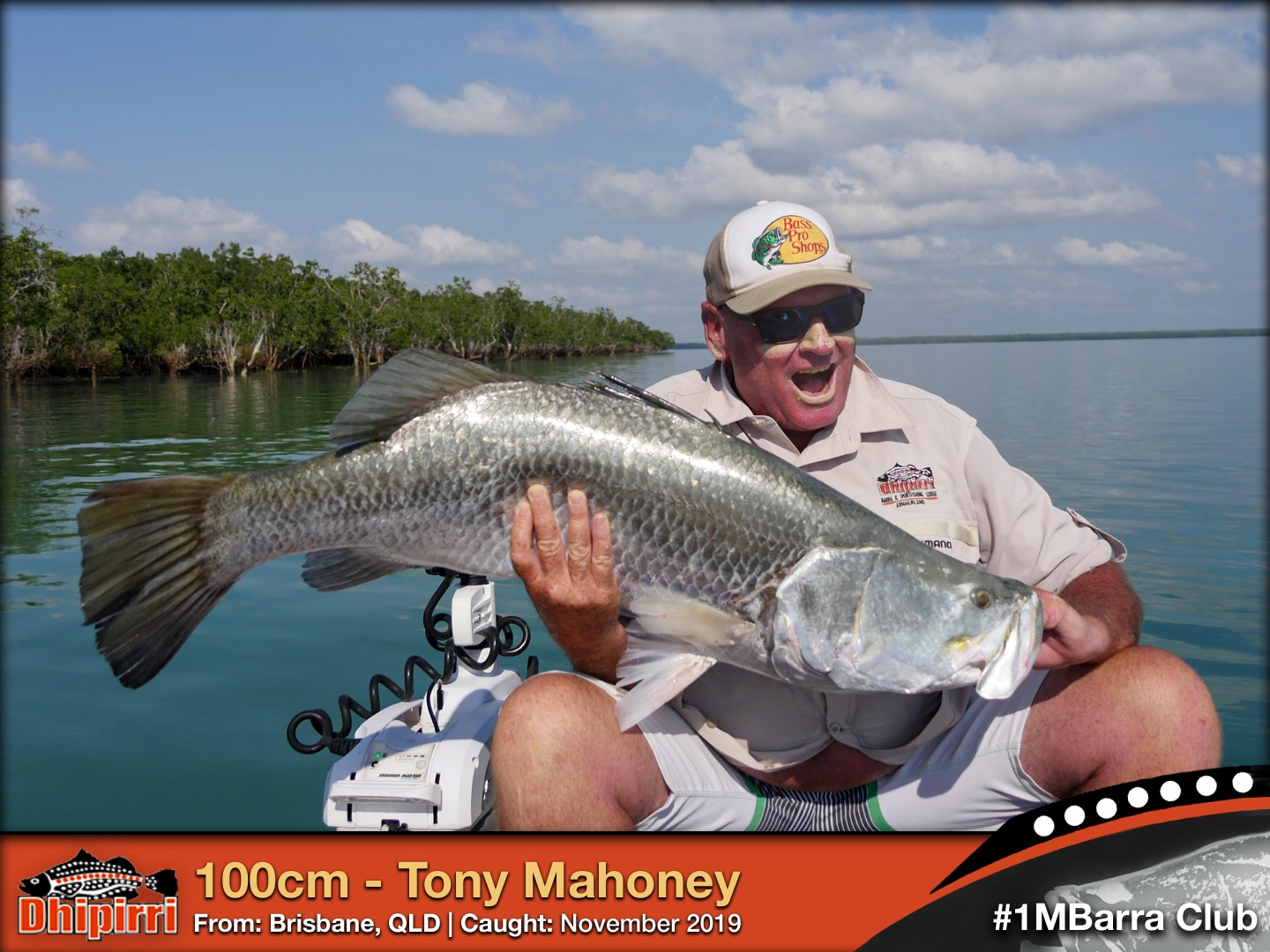 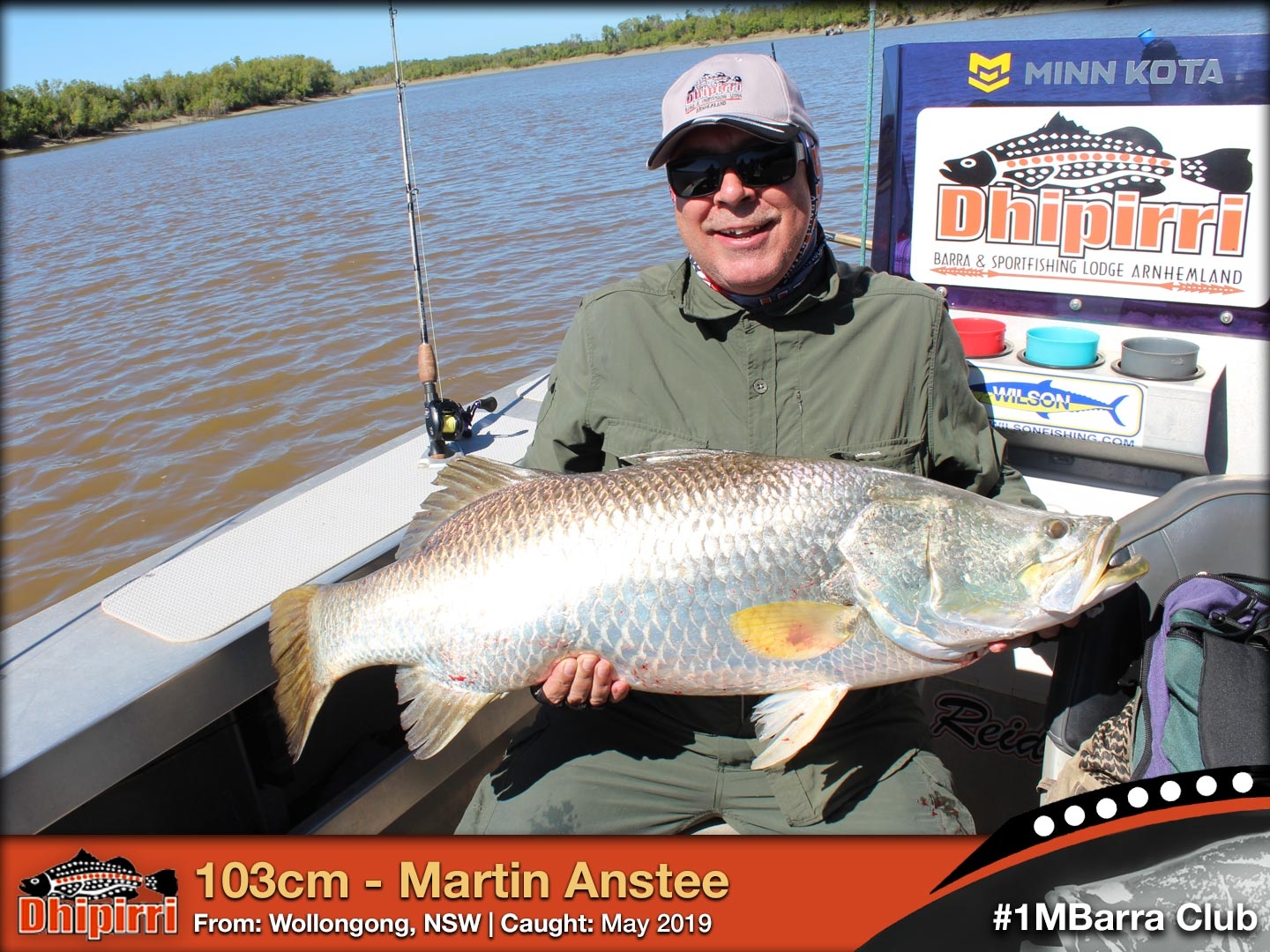 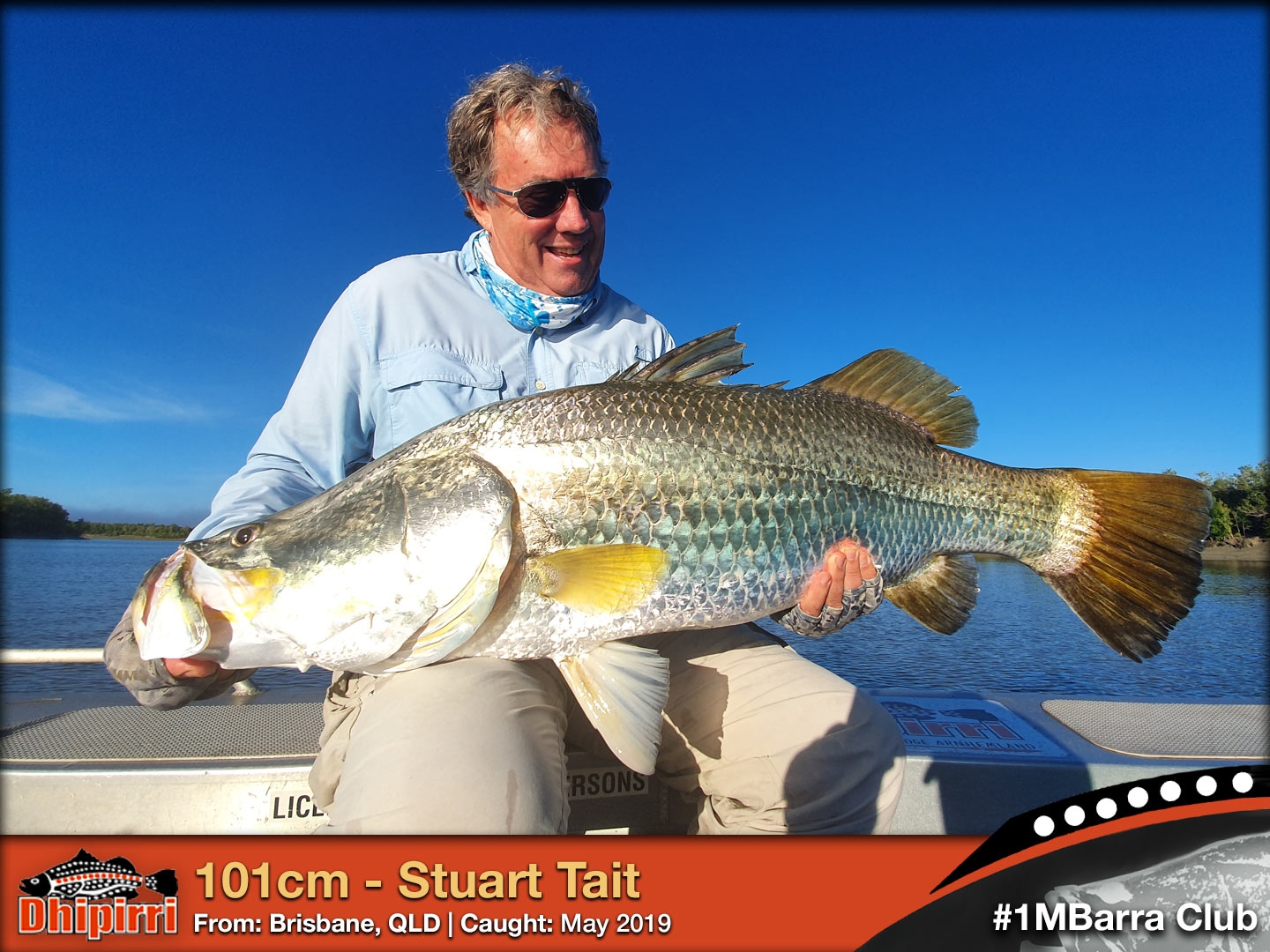 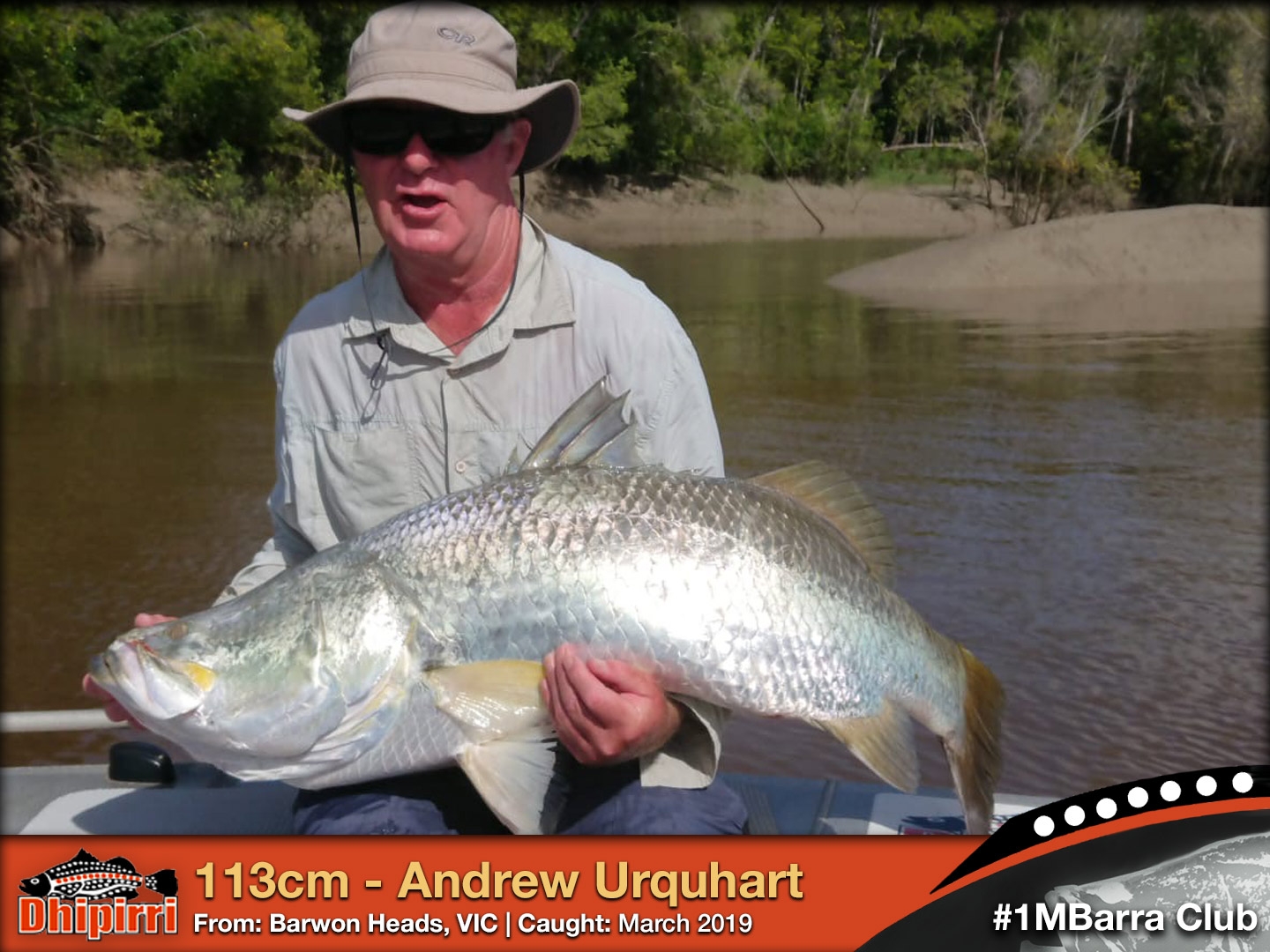 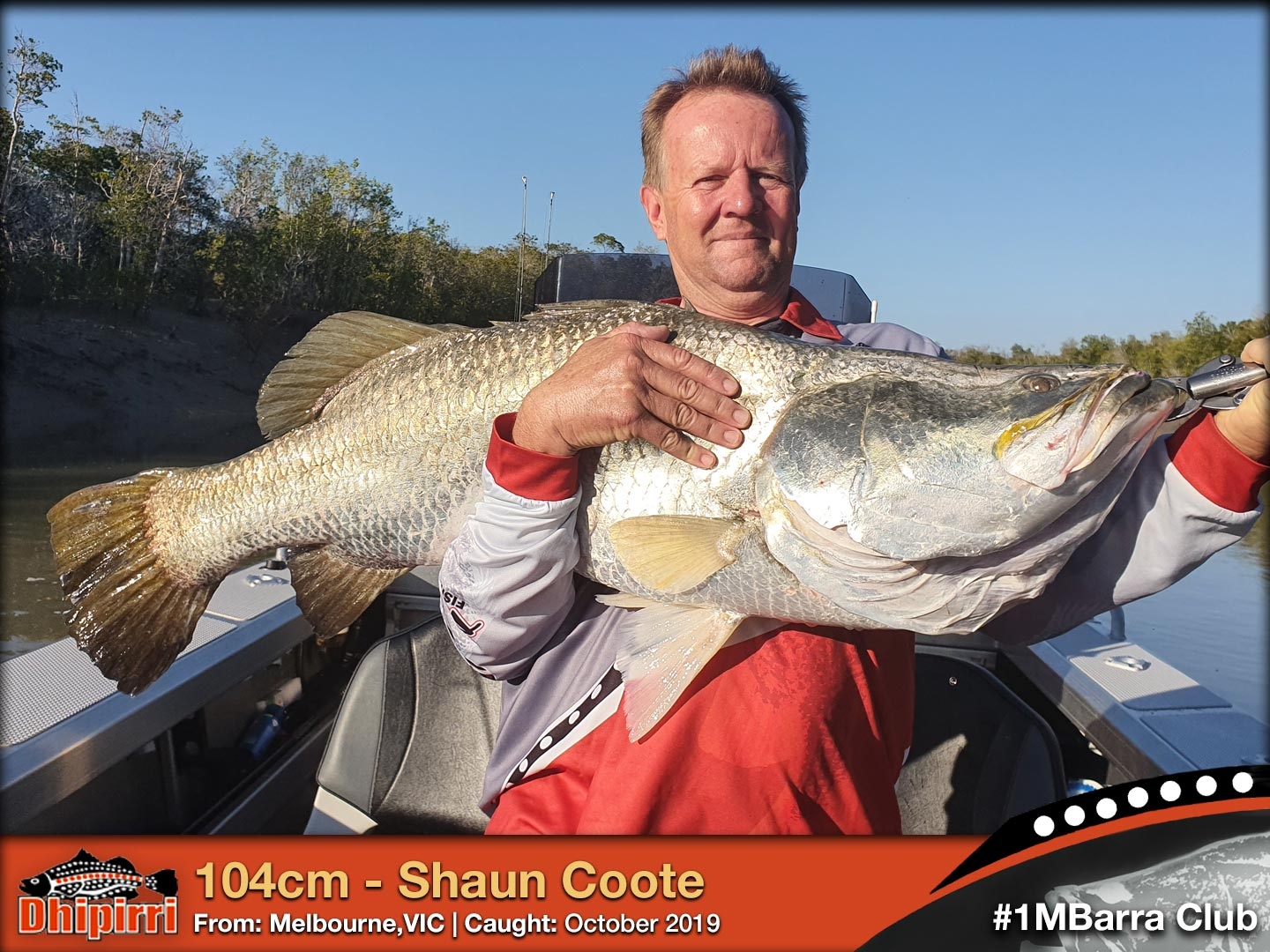 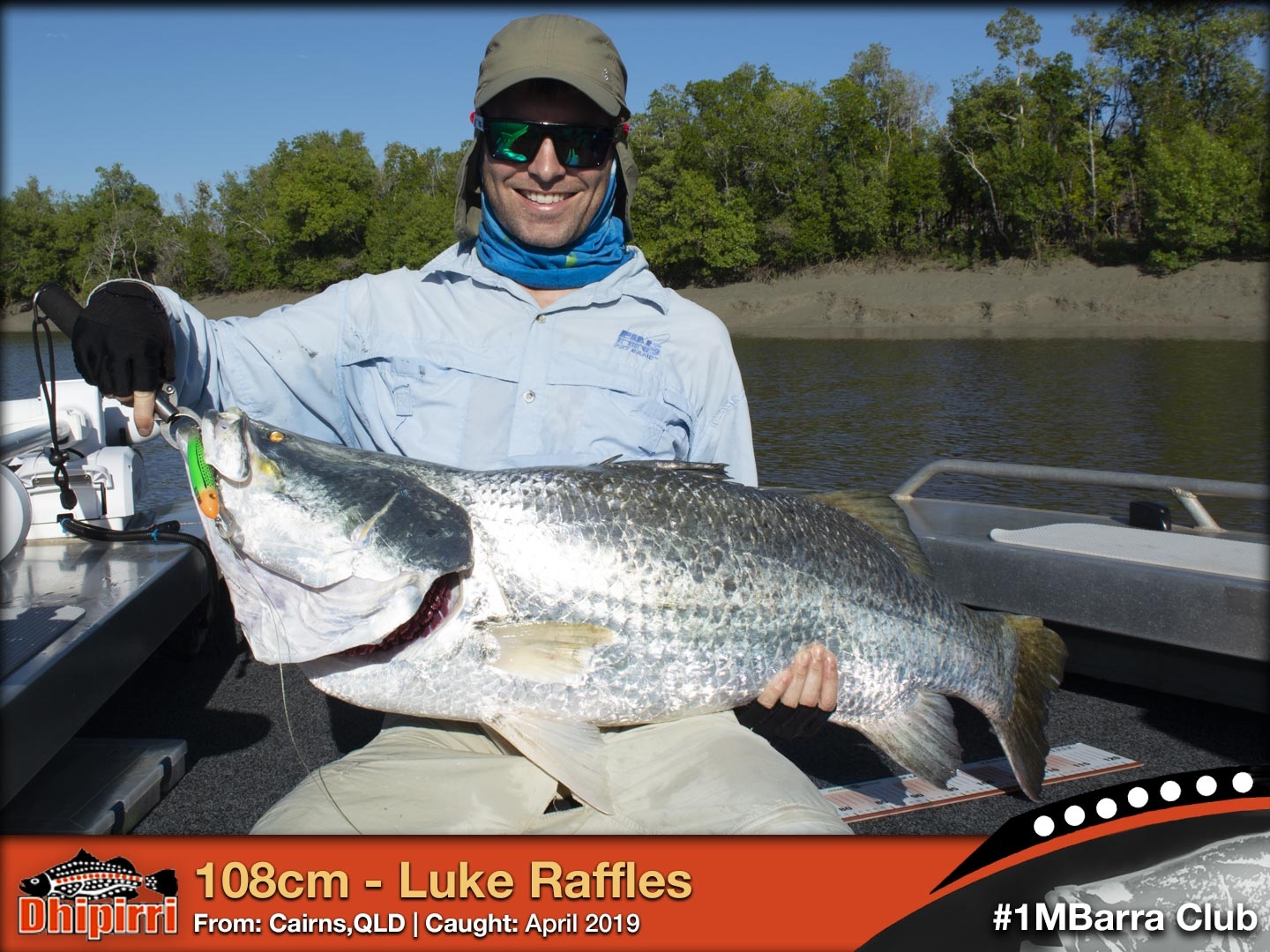 Come chase the mighty Barramundi – you won’t be disappointed. 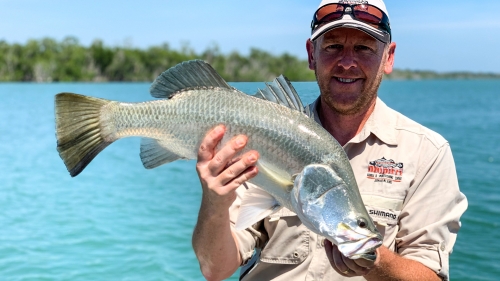 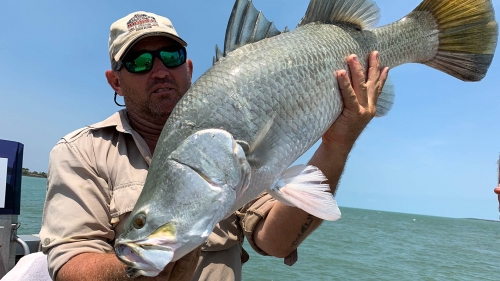 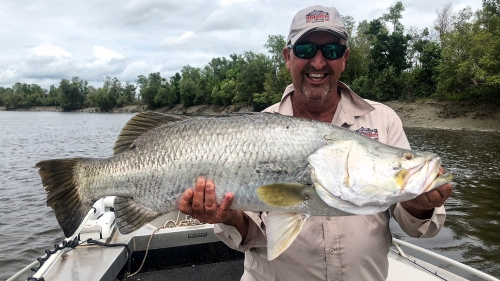 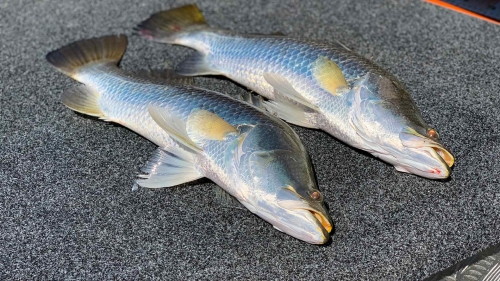 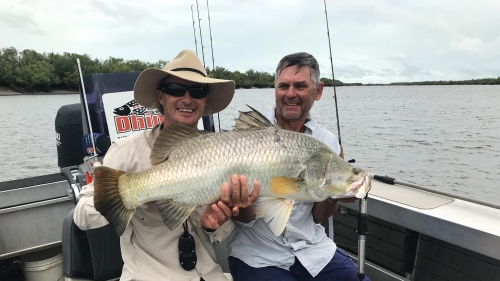 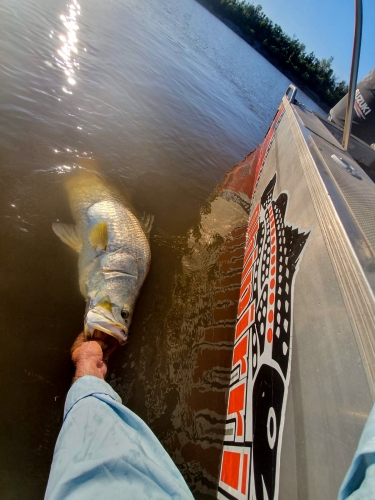 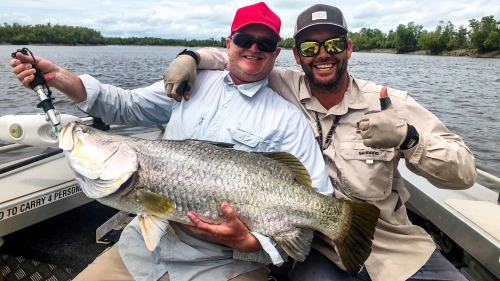 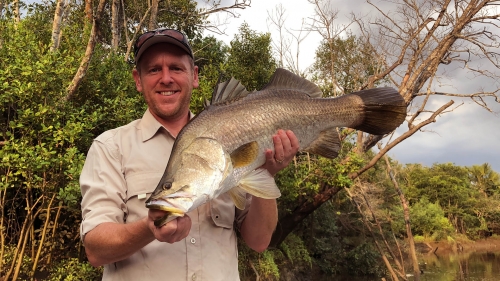 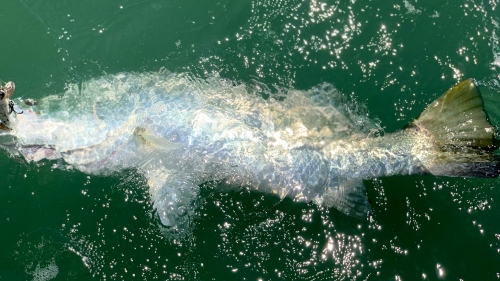 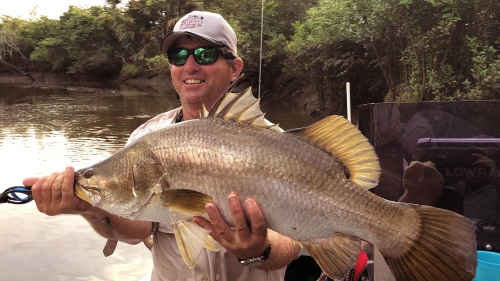 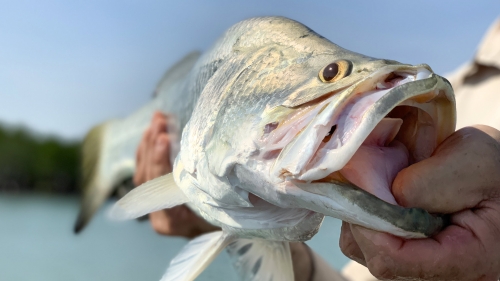 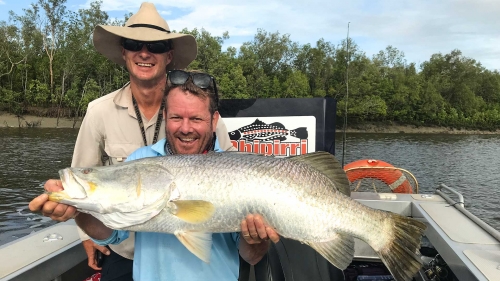 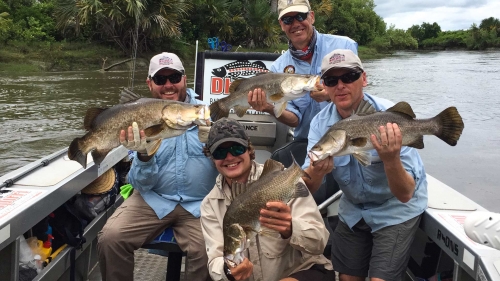 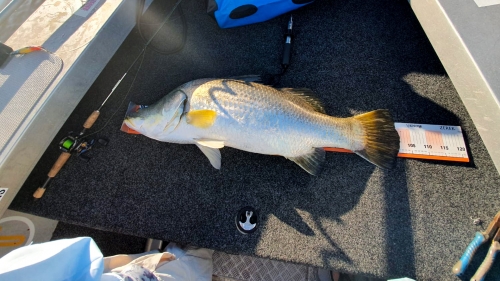 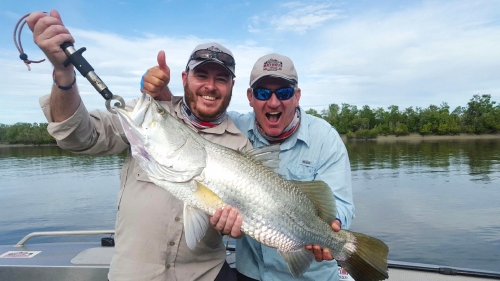 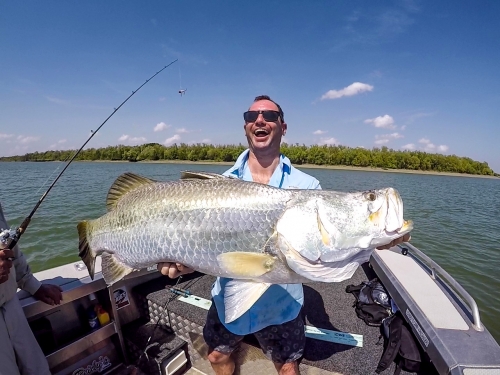 The Golden Snapper is another favourite at Dhipirri being found on the reefs and on the rock bars in the river systems.

Sessions on these fish can get hectic with multiple hook ups and constant action being common.

Get ready for sore arms and big smiles after a session on the Goldies! 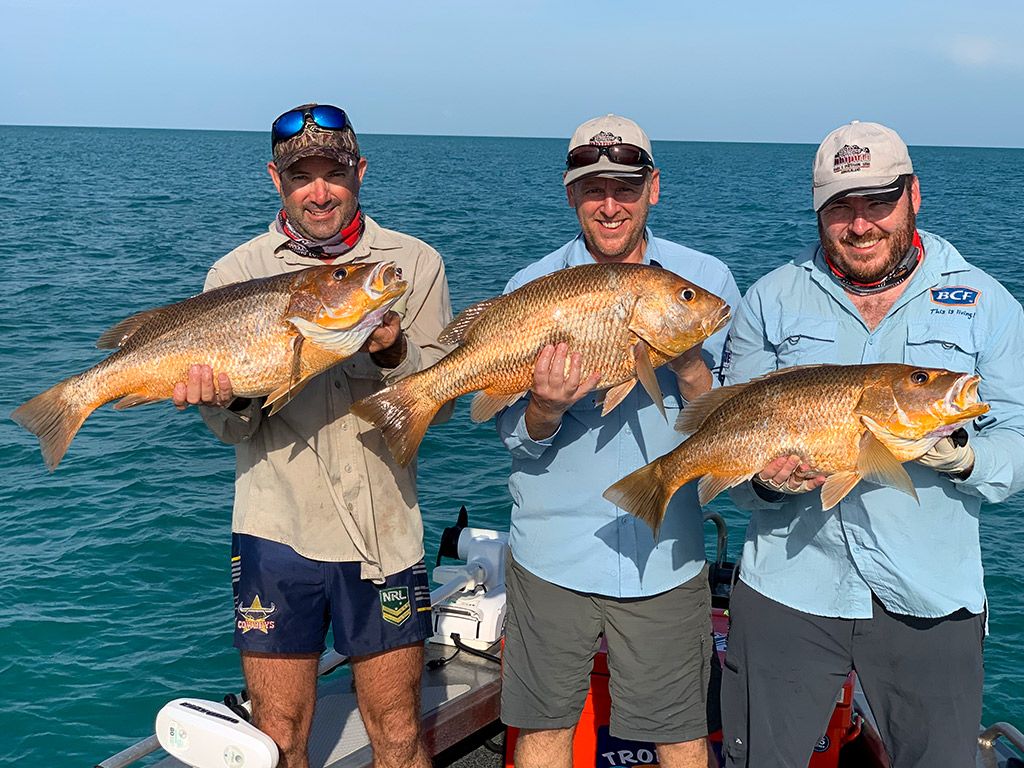 GTs and Queenies are loads of fun on the Barra gear and many clients have been stretched by these fighting fish. 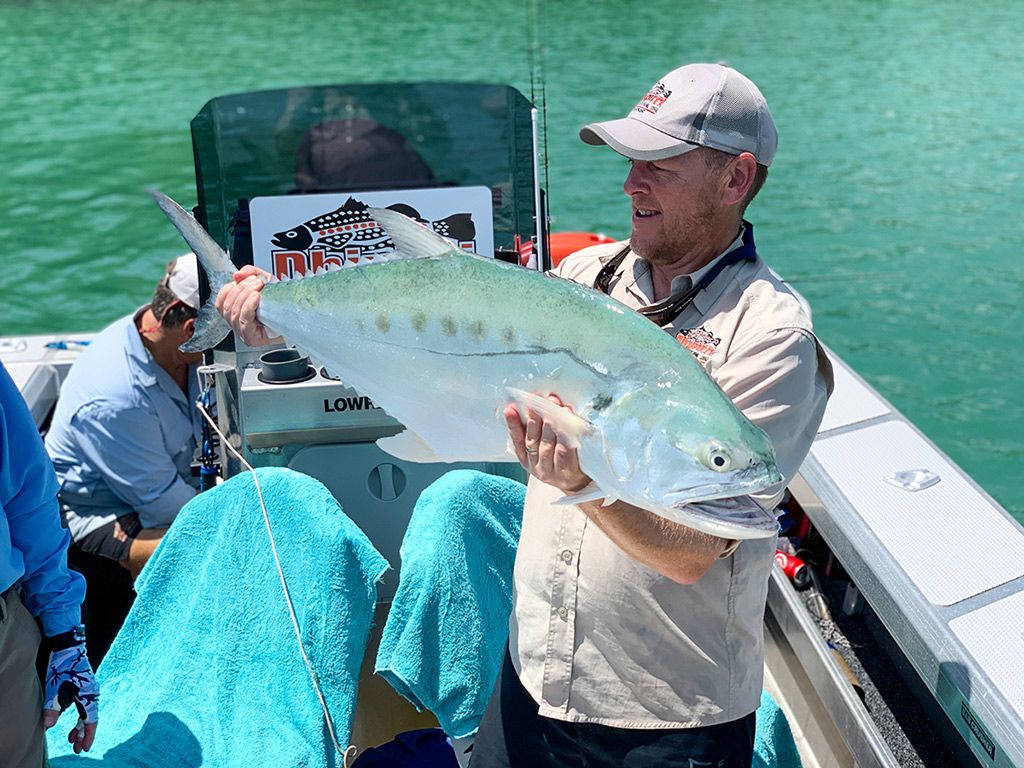 These species are ambush predators and are often caught when chasing Barra in the rivers and around the islands.

Early morning on the flats can produce some sensational Threadie action, and the Blue Salmon hit much harder than their eventual size suggests they should have! 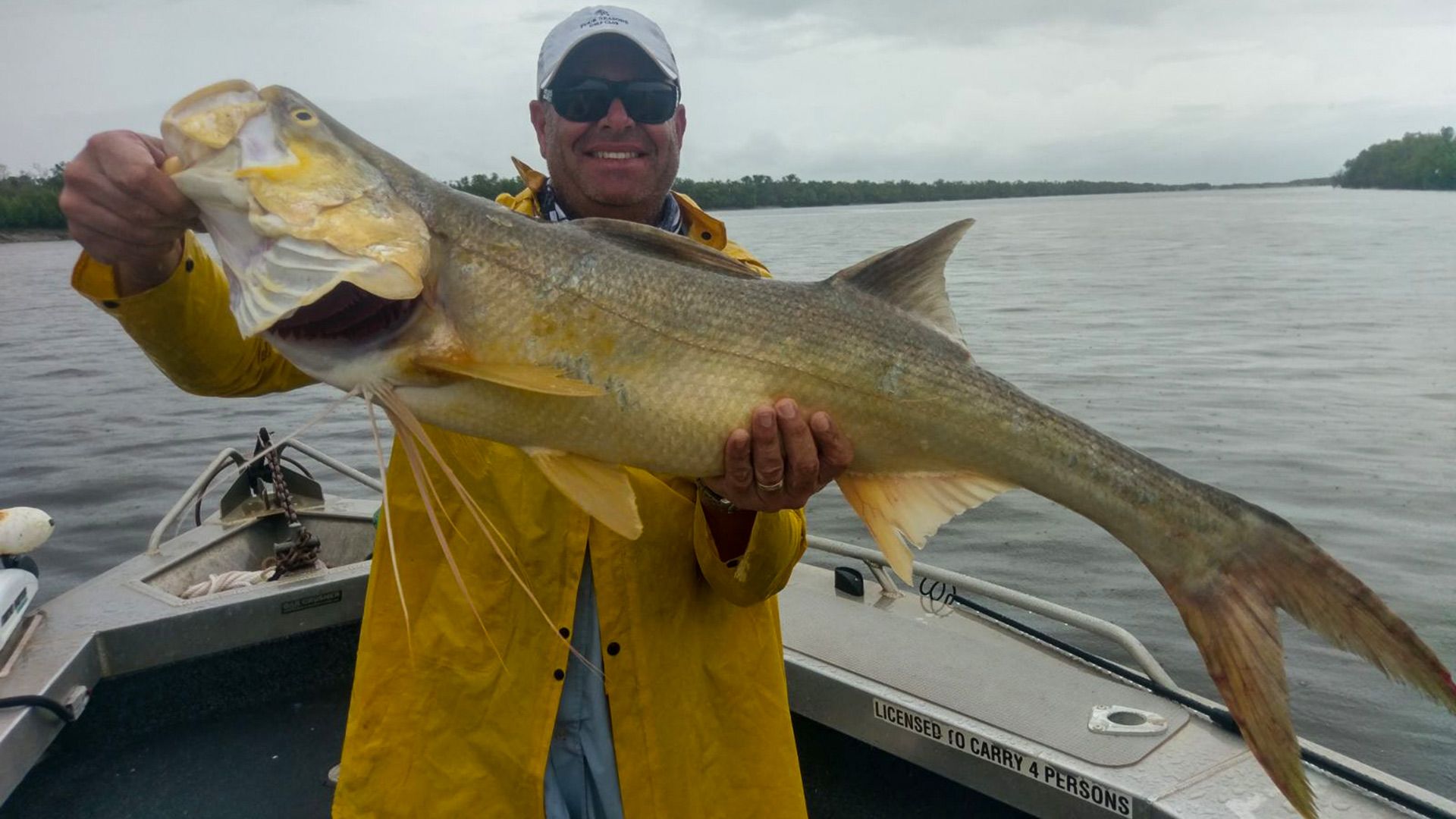 Threadies over a metre are often caught – make sure you check out the 124 cm specimen mounted in the Dining Area at the Lodge!

Hold on when these bad boys hit!

The bluewater fishing at Dhipirri can go off and getting hit by some Mackerel is some kind of experience. Trolling outside the mouths of the western rivers near Dhipirri can produce some insane sessions. 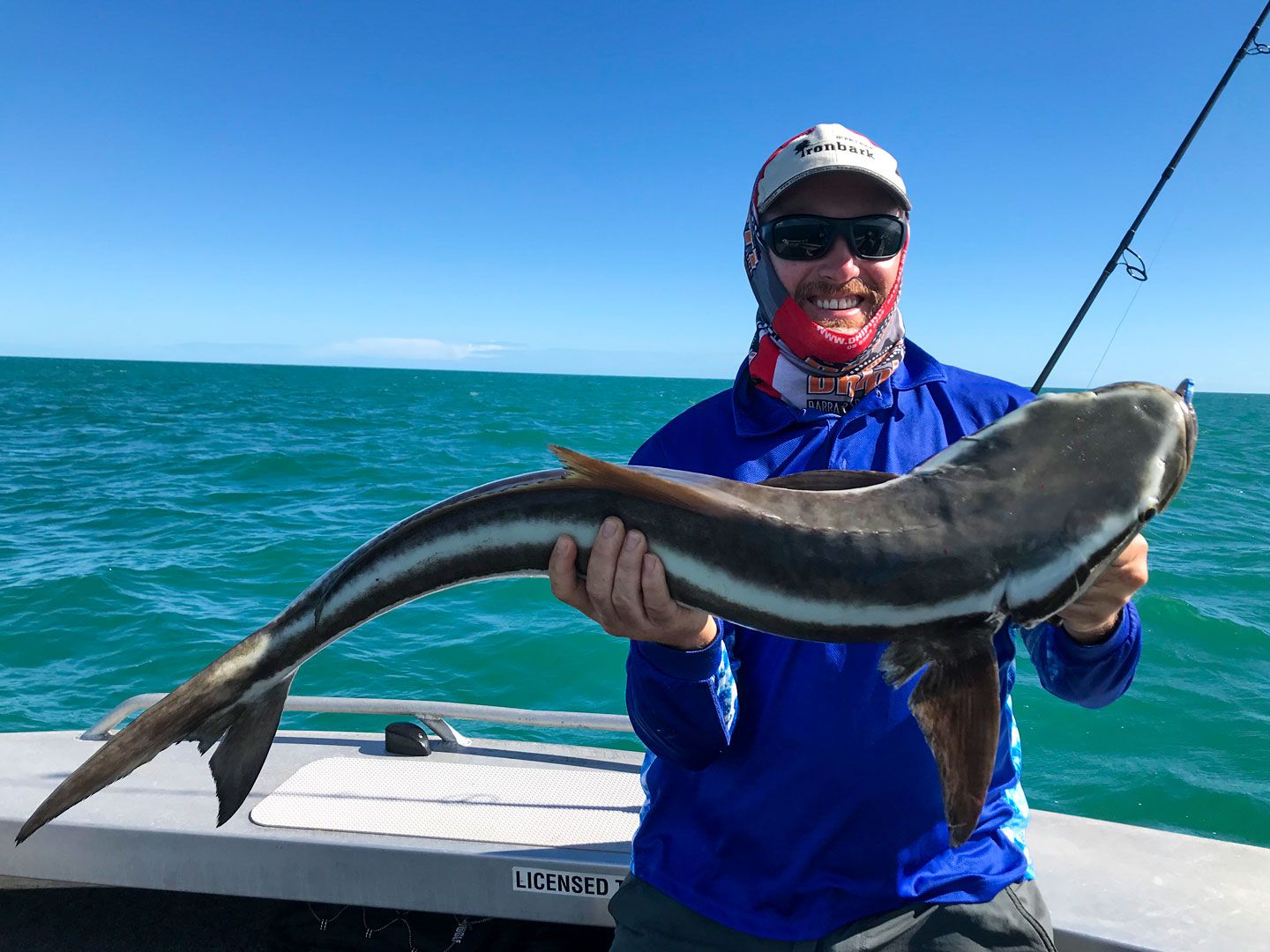 UP NEXT: The Rivers & Islands

Explore the abundance of fishing options that Dhipirri has access to.