Trip Report: “I rate this Barra destination as the best this country has to offer”

Dhipirri Barra & Sportfishing Lodge played host to Brad Woollams and his crew in early May.

Brad – who was lucky enough to fish back to back weeks this run-off – has recapped his 2021 Fishing Tour for us below.

His groups fished the first ten days of May, with the Spring tides for the first half and Neaps for the second. 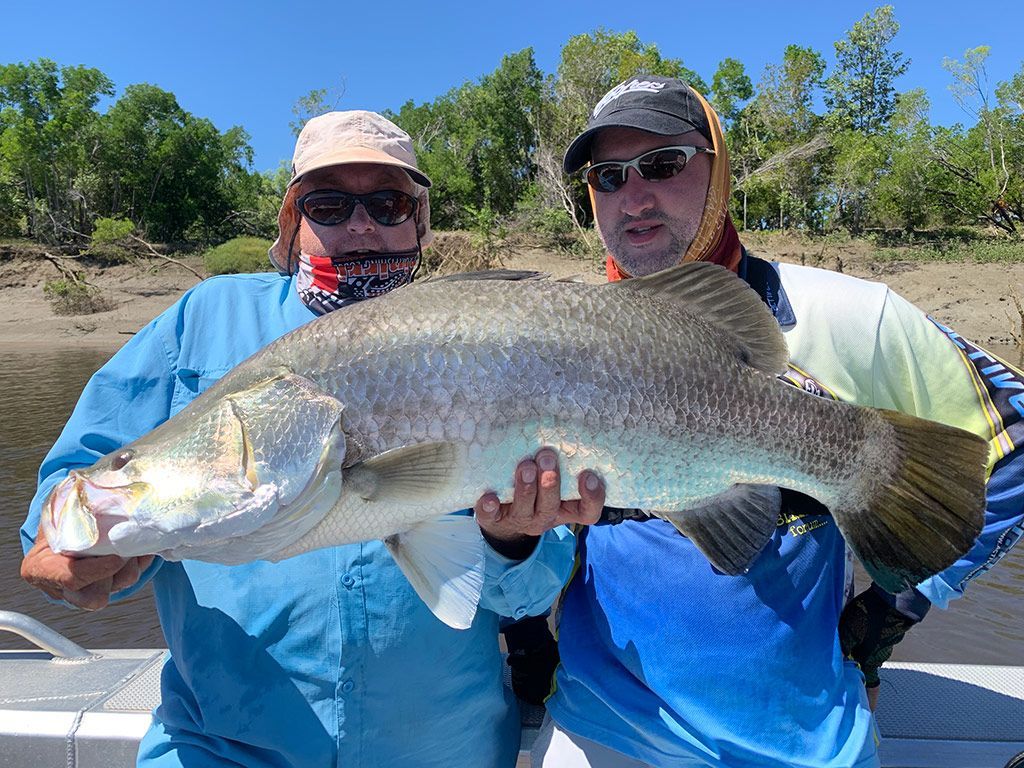 I have just had the pleasure of fishing back to back trips at the Dhipirri Lodge in Arnhem Land. Our first trip coincided with building spring tides and generally I don’t favour this scenario however this is not an issue at Dhipirri as we had some great fishing on these tides.

The morning would start off slow, so out we went to the bluewater chasing Pelagics including the tasty golden snapper. We’d also throw in the crab pots for a feed on the way out. Then the afternoons it was game on as the tide receded, exposing the gutters and drains in the Glyde River and they produced large numbers of Barra to 93cm and Threadfin Salmon here and there.

As the tide pushed up we would travel to the top of the river and fish classic run off conditions the Barra came on thick and fast. Just being up the top of the Glyde River is an experience to be enjoyed by all and travelling down the river on the way home would also result in Barra being caught at the numerous drains. Due to the changing tidal conditions it was good to see these back eddies caused by the bigger tides and the Barra would use these to their advantage and so did we.

The first week was tops with plenty of Barra to 93cm a great trip indeed.

The second week saw eight new anglers join me at Dhipirri and we fished on the settling neaps. The first few days produced Barra from mid 80cm to high 90cm. 99cm was the biggest for the opening day.

We trolled the rock bar and cast the snag banks producing many Barra in the 80cm to mid 90cm fish. My group of eight were landing top quality fish every day, and with myself preferring to cast than troll we would mark fish first, then cast mainly vibes and squirrels, and this produced some great sessions with fish in the high 80s.

A normal day would consist of trolling and then casting to change it around both resulted in fish, this pattern continued for the remainder of the week.

A well-conditioned 101cm was extracted from a snag filled drain (Dragon’s Back) early on the last day by Tony Otton. 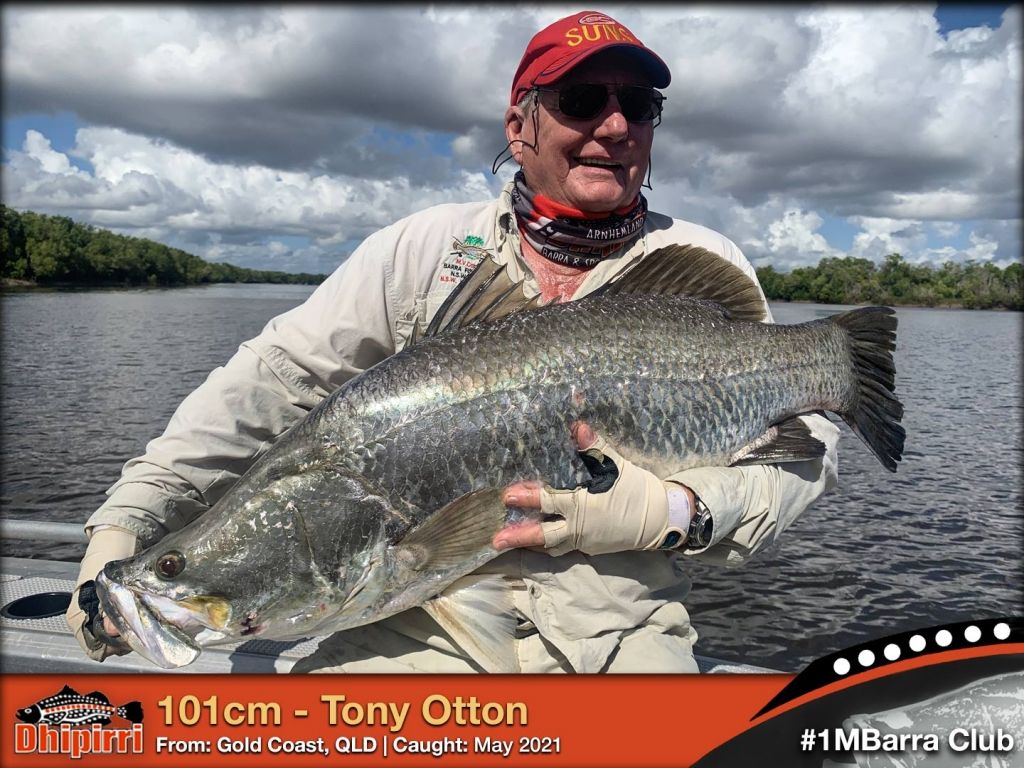 And on the last day the Threadfin Salmon moved in these were some on the biggest threadies I have seen in a long time, averaging around the meter mark (to the tail fork).

To reflect on the spring and neap tide debate, both tides at Dhipirri produced the goods. When you throw in a great location, top personnel and the Lodge itself being second to none, I rate this Barra destination as the best this country has to offer.

It is run by a Territory family and well done to Darren Nickolls and his team.

Thank you for the great report Brad – check out a range of photos from the trip. 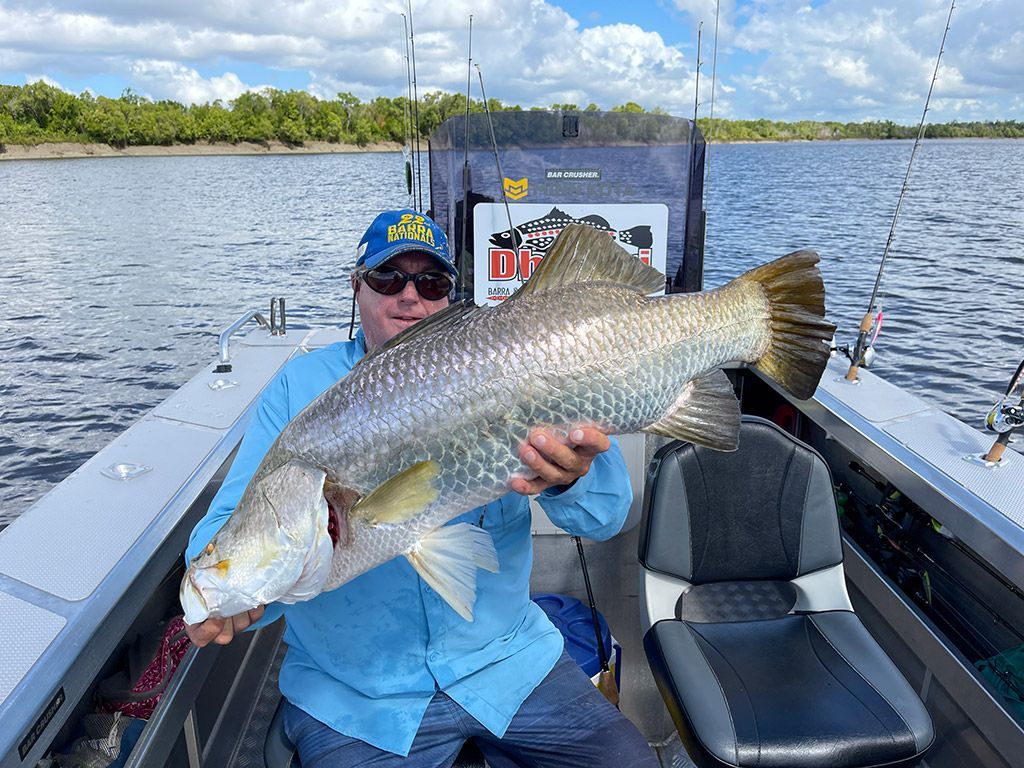 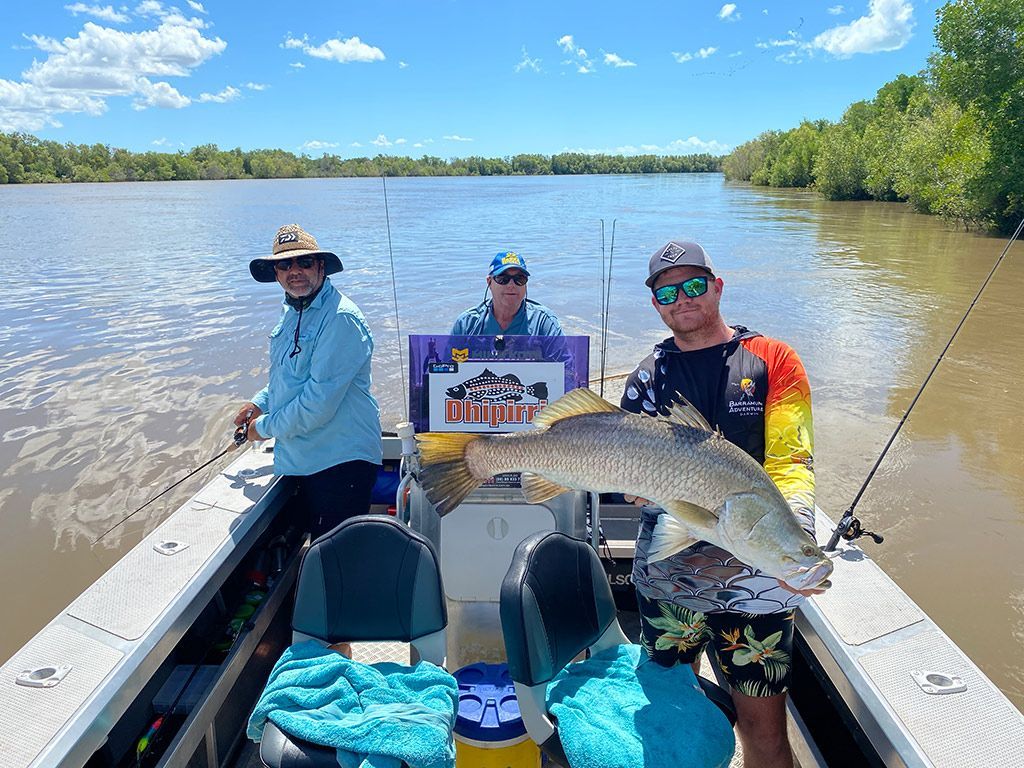 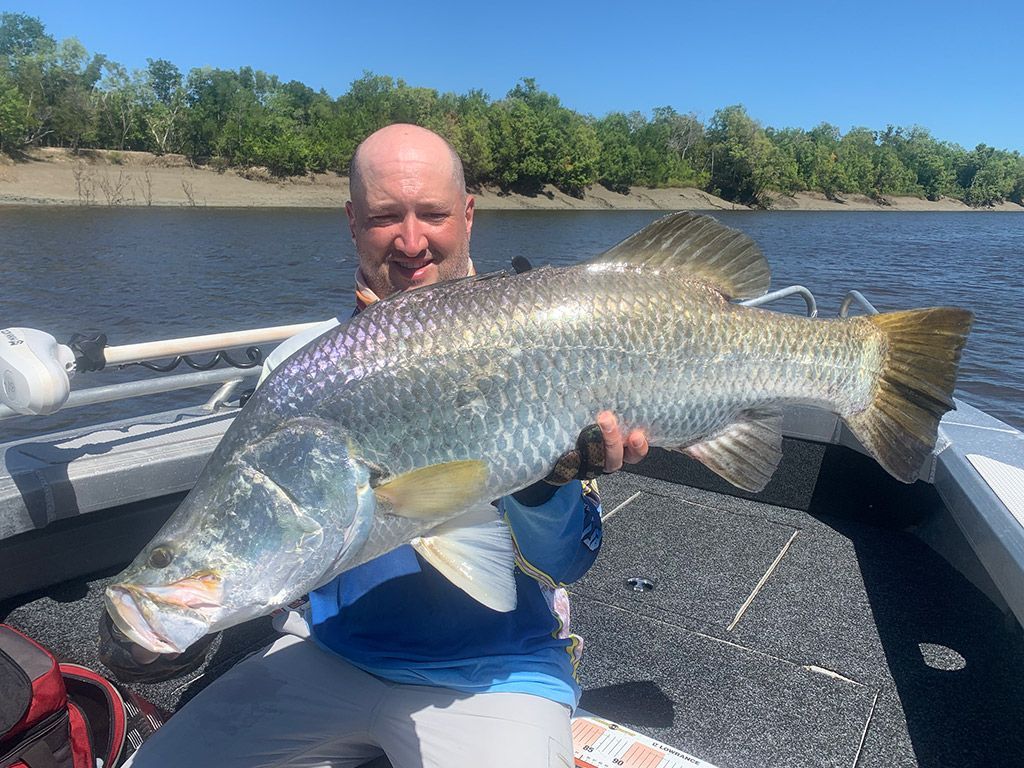 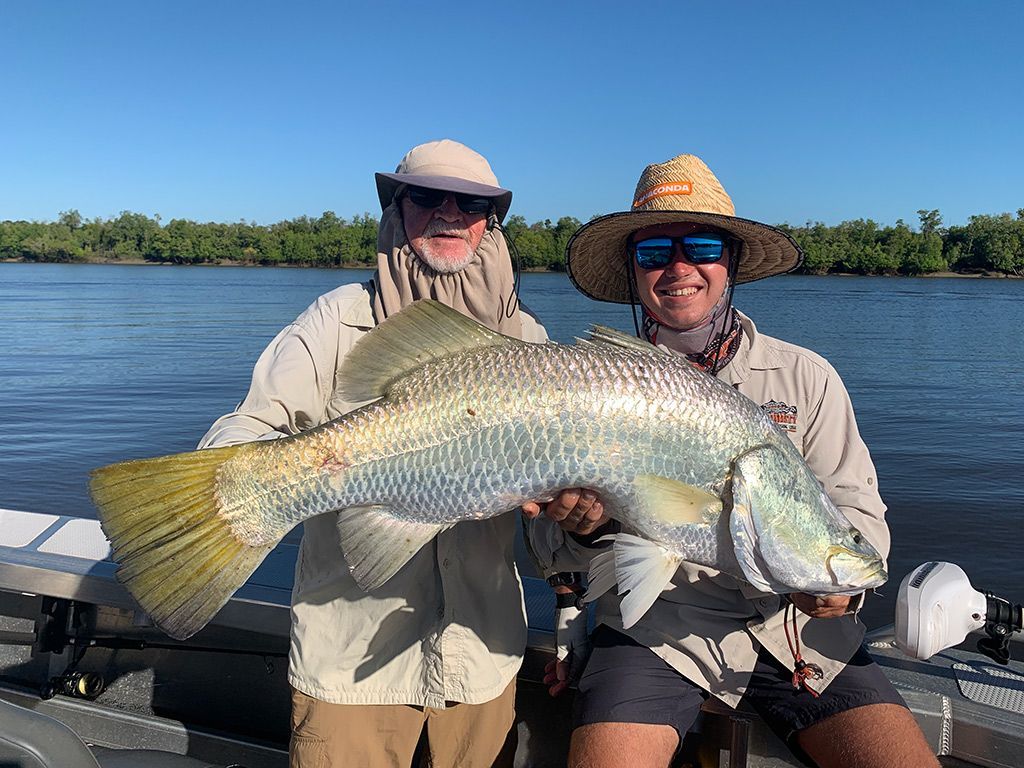 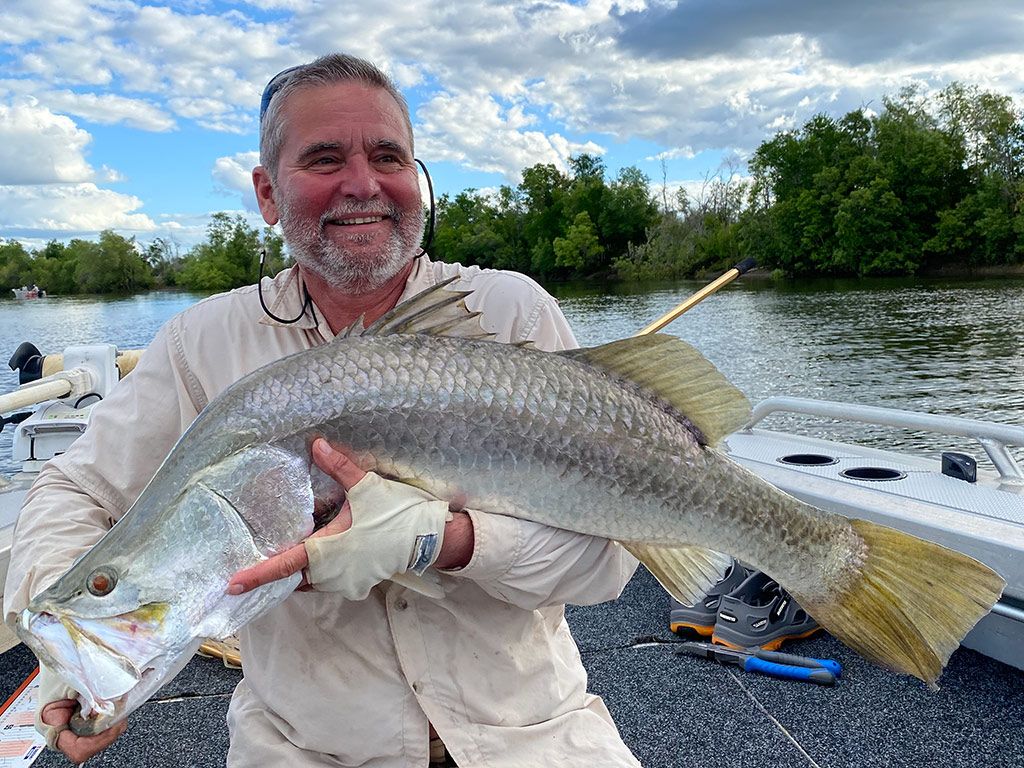 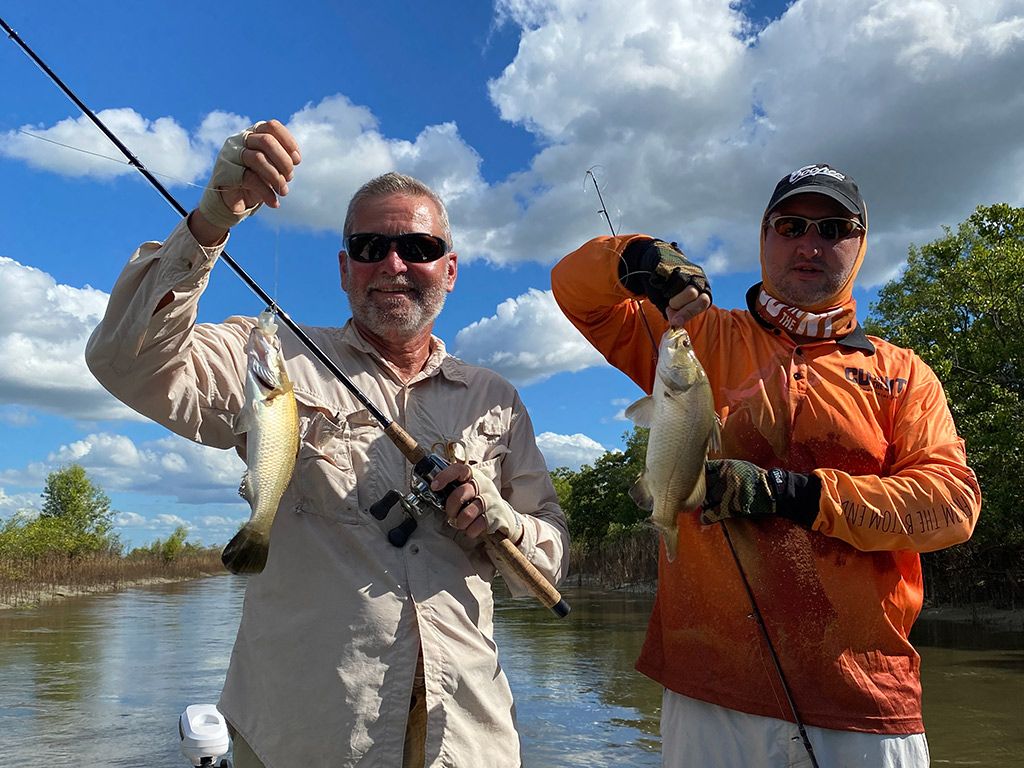 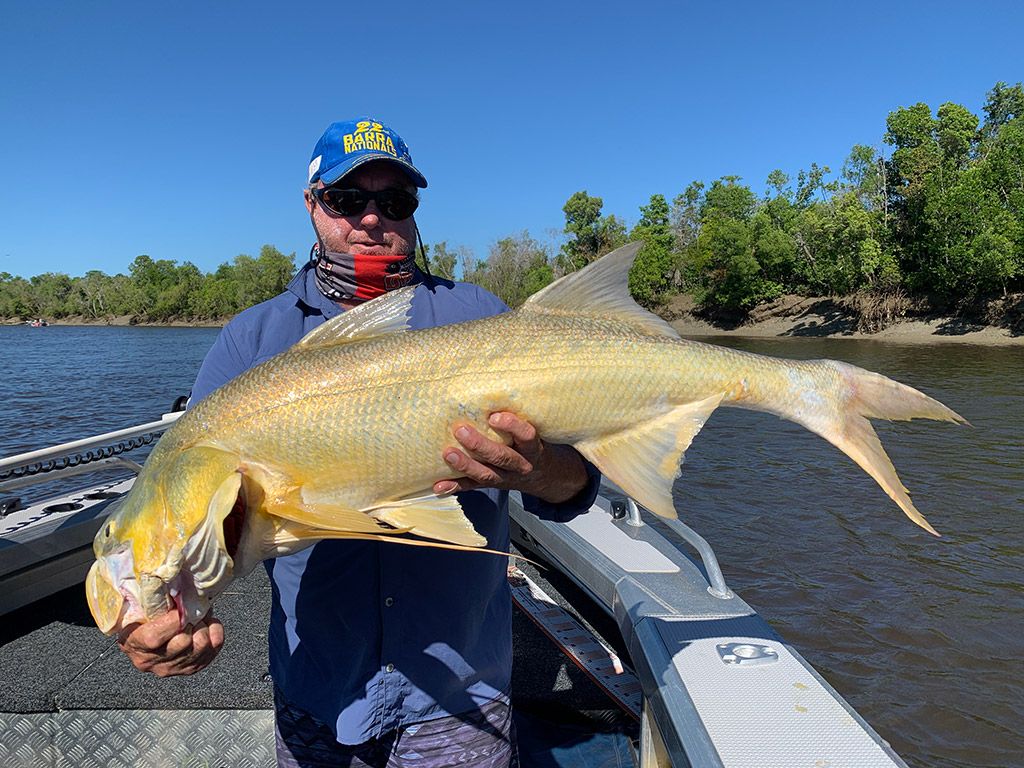 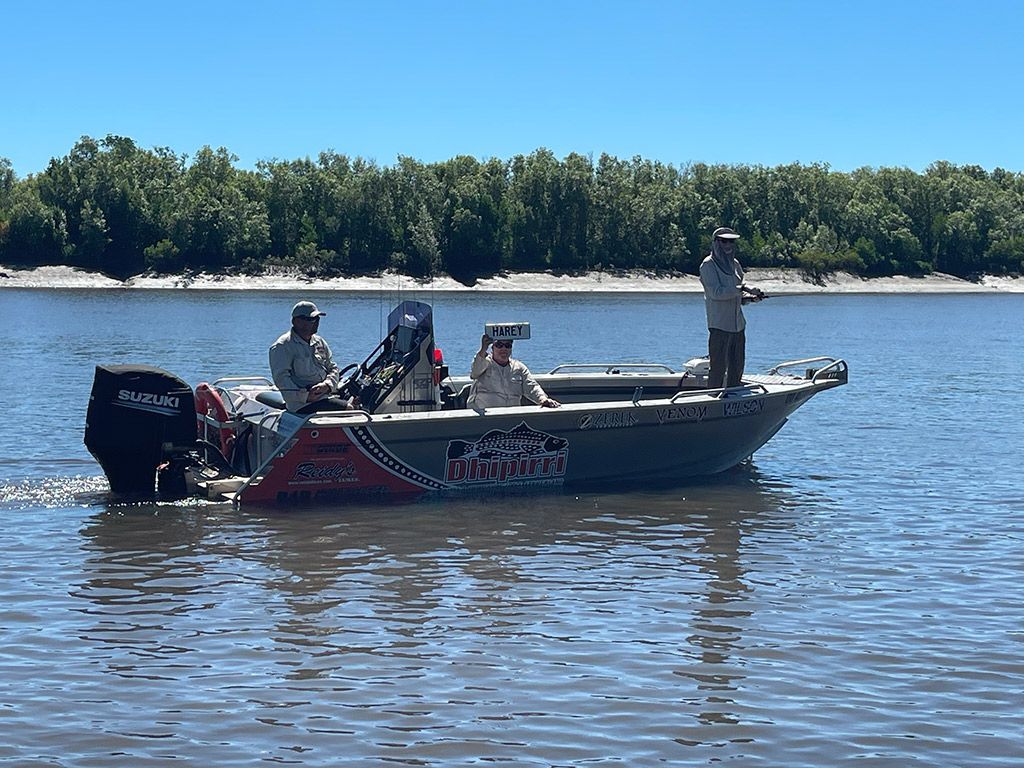 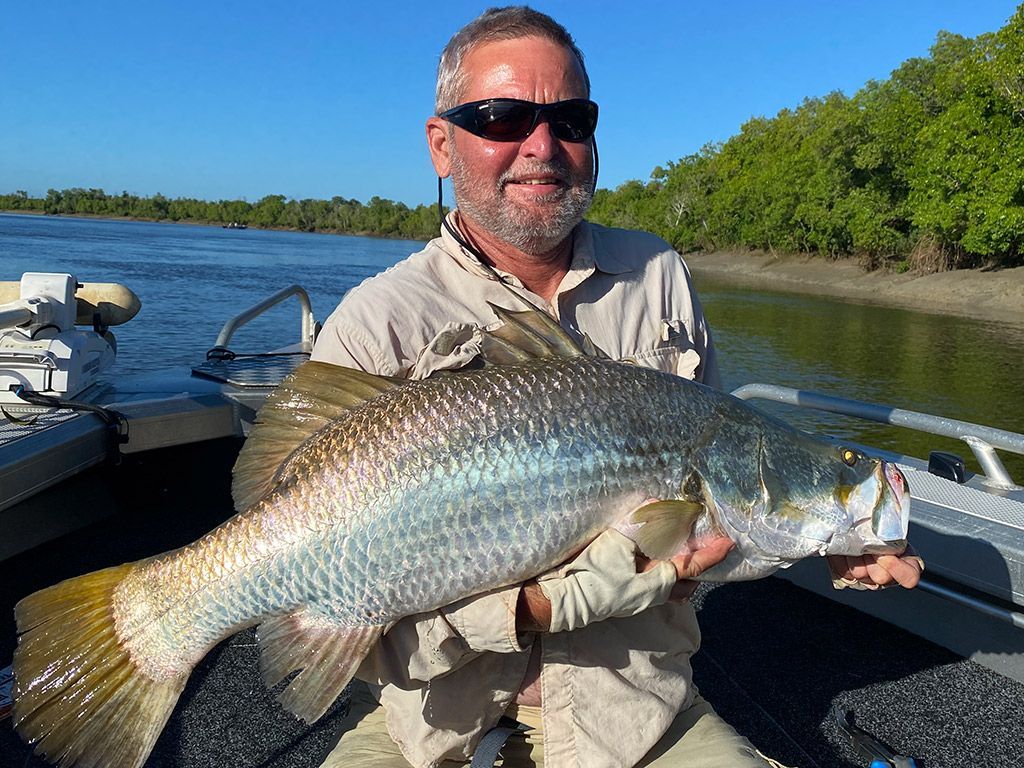 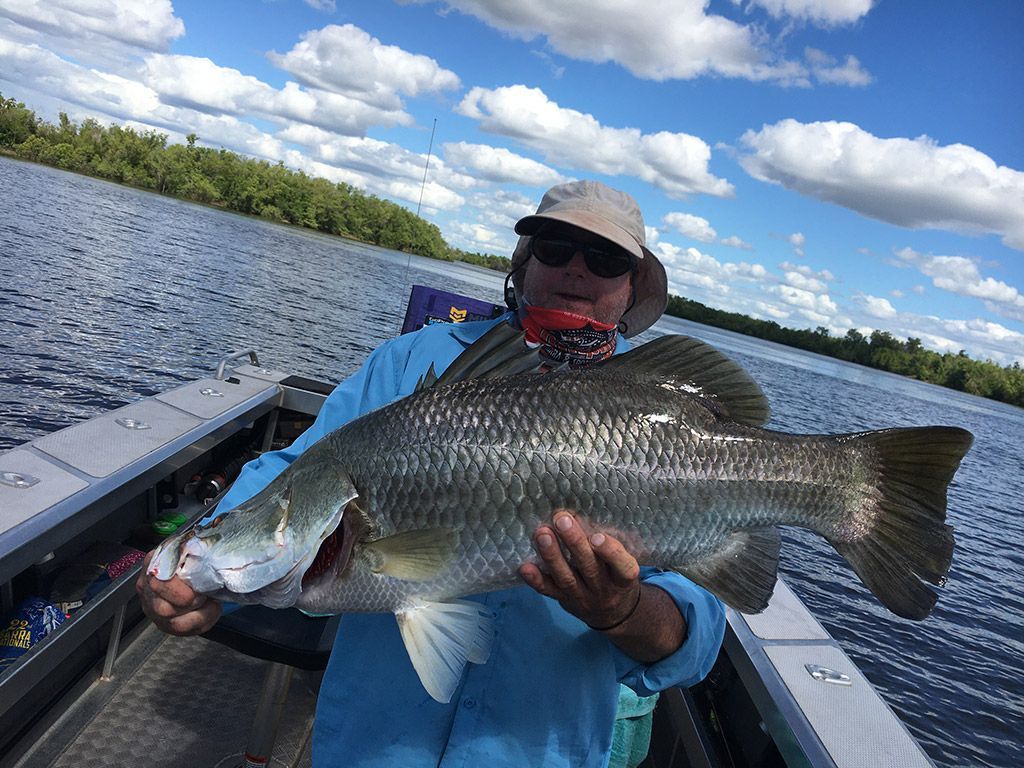 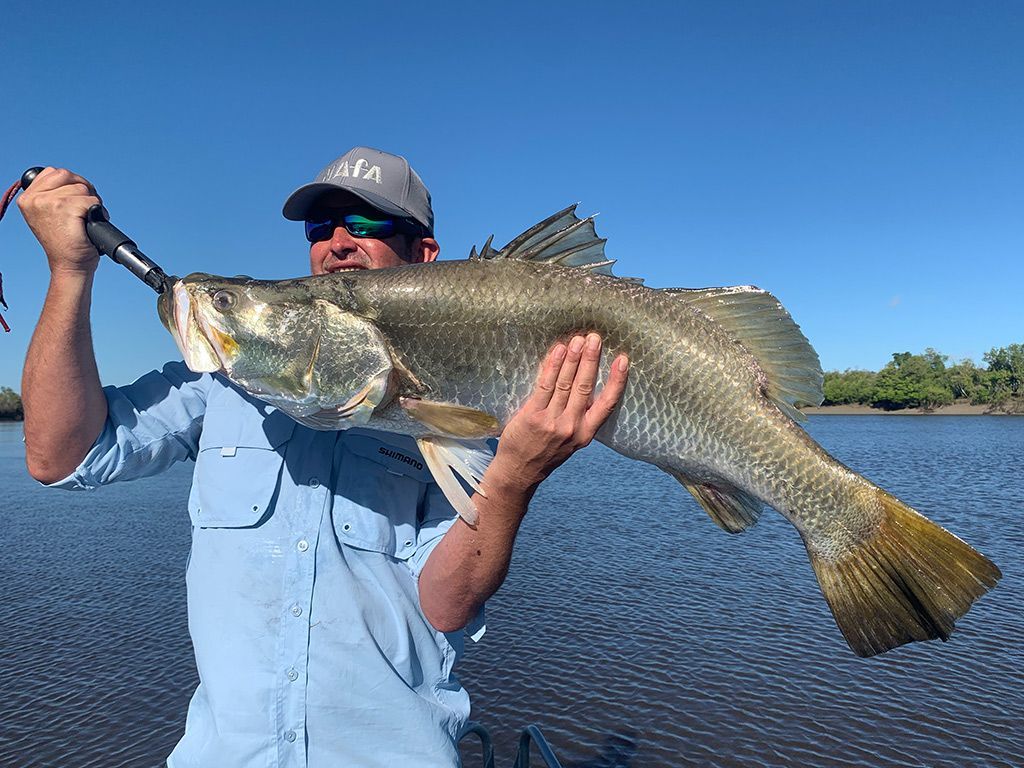 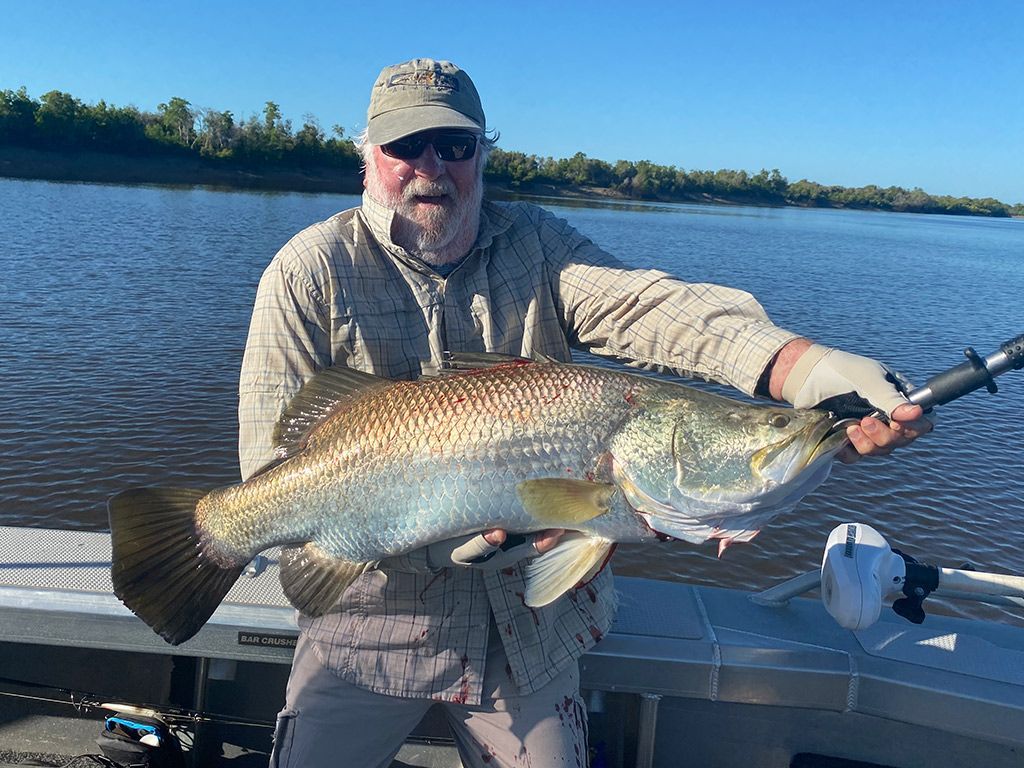 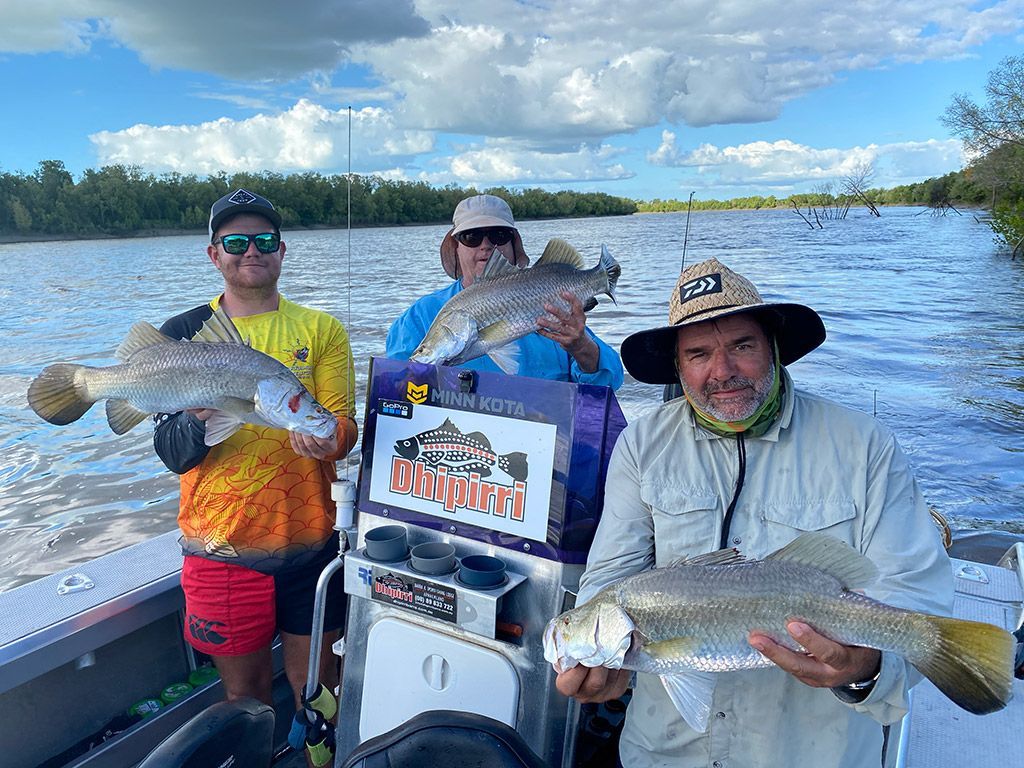 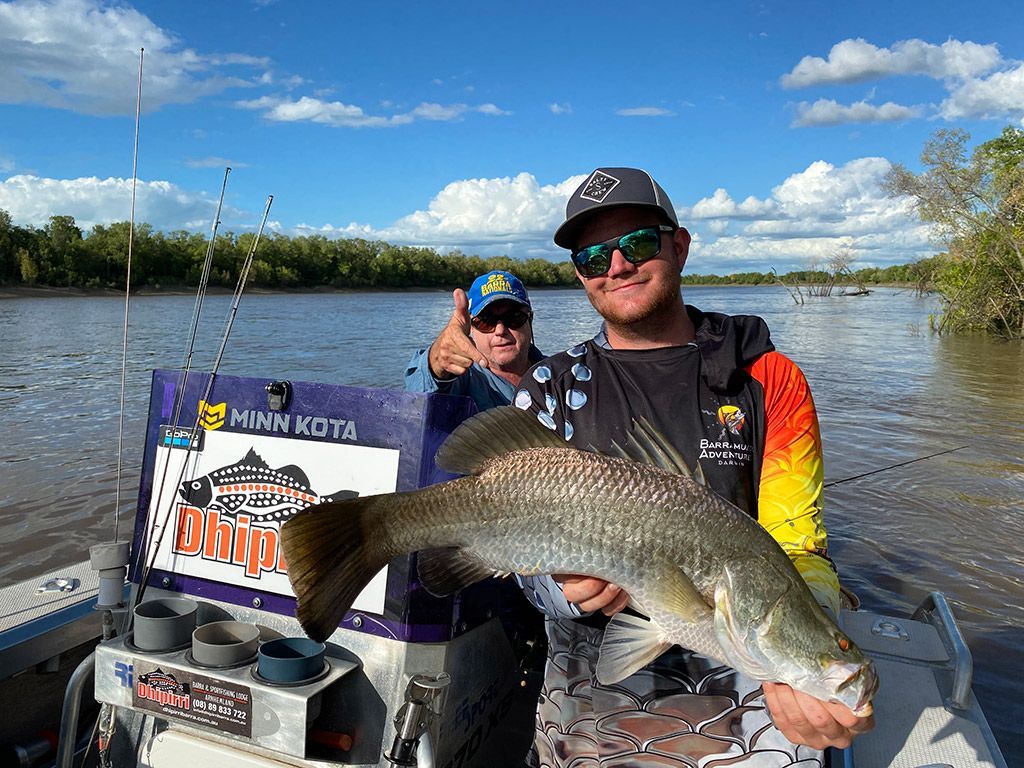 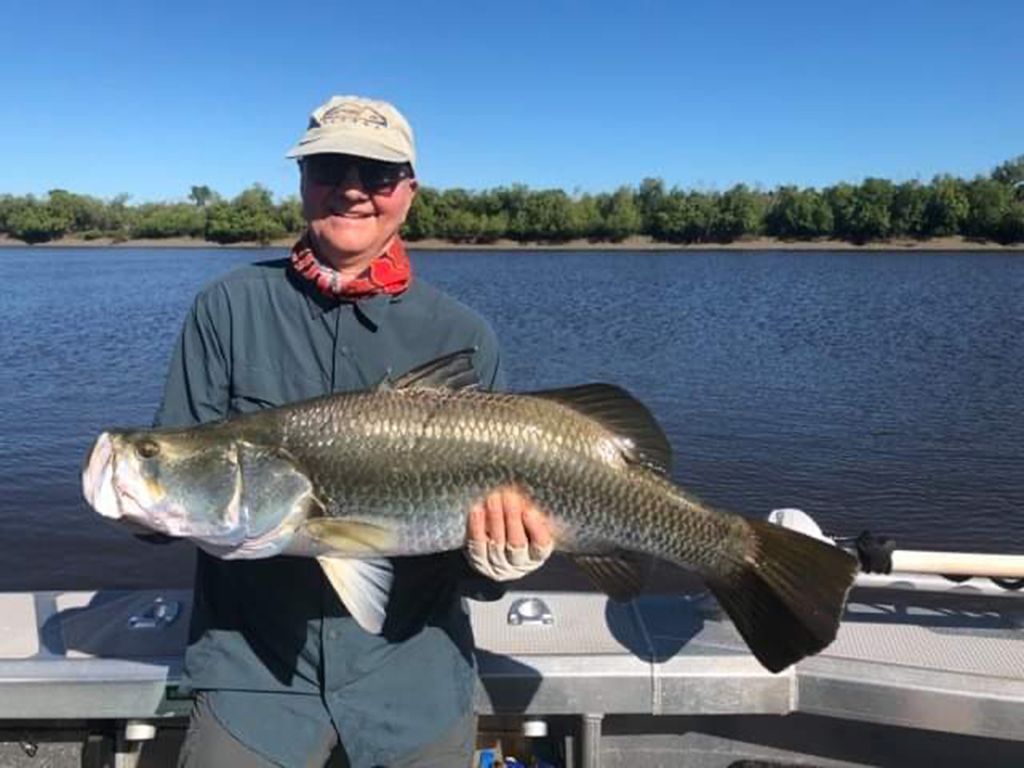 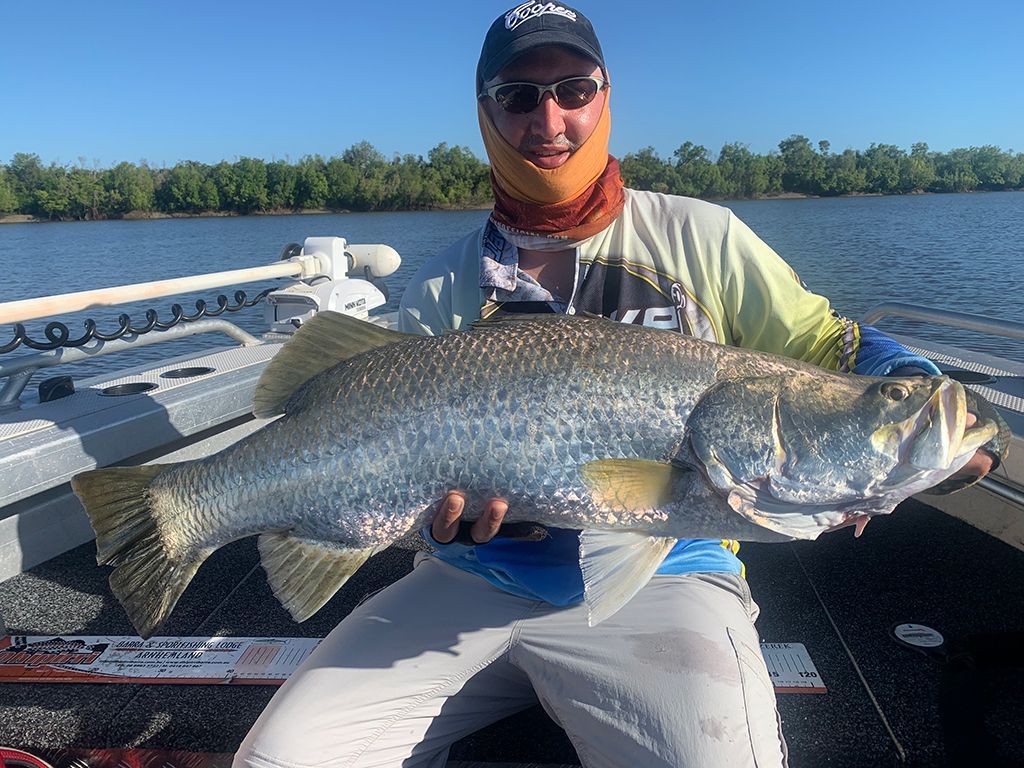 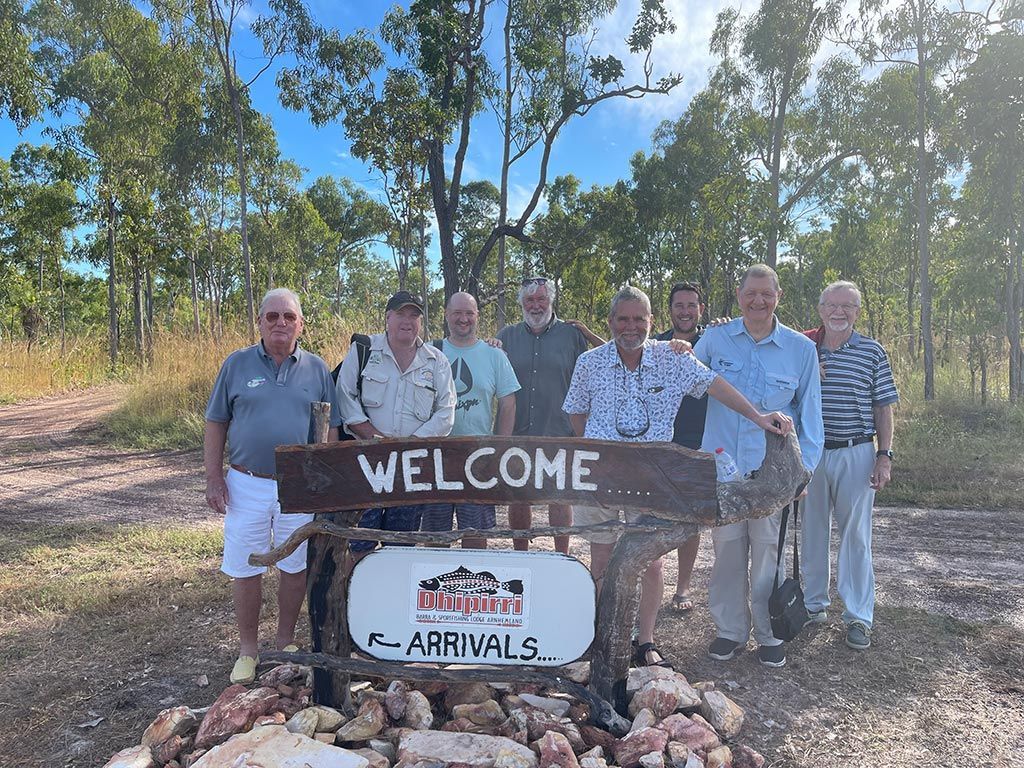 Dhipirri Barra and Sportfishing Lodge has availability from late July to the end of 2021 and we are expecting the run-off fishing to continue through the middle part of the year, given the amount of water that remains on the flood plains (and keeps getting topped up).

So if you are interested in a trip to Dhipirri please head to our contact us page to get in touch and enquire about the dates we have available.