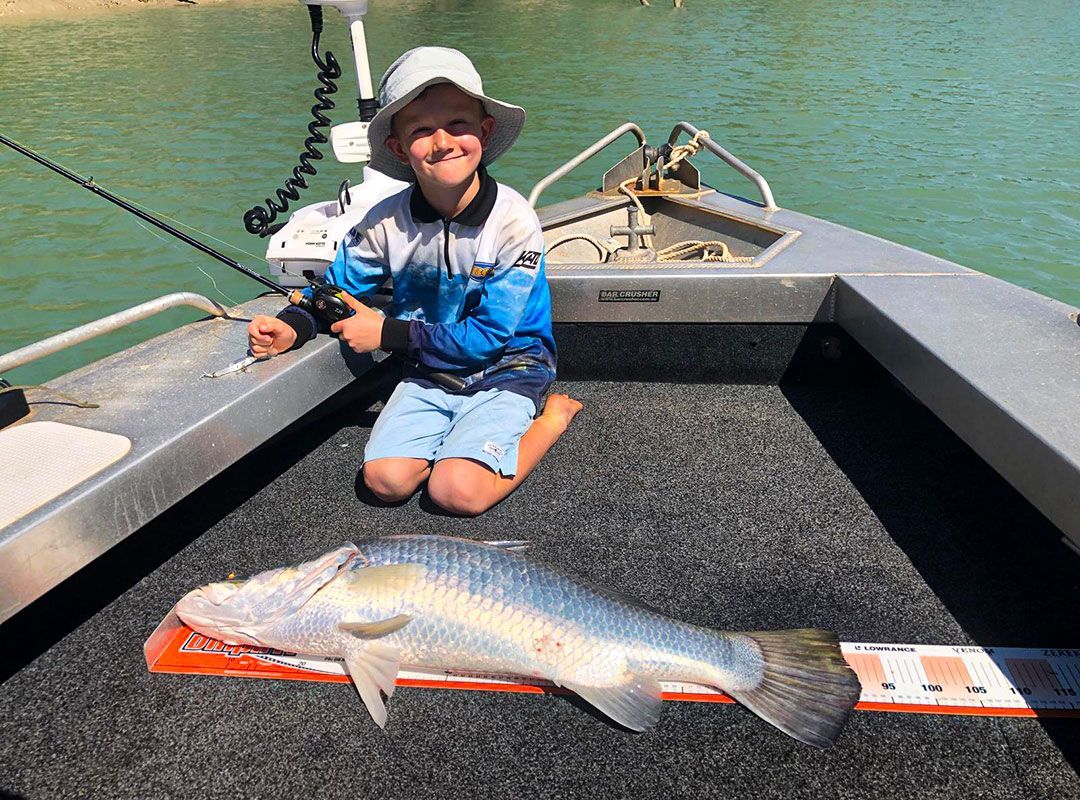 The Clark Family has been to Dhipirri the last two winters and it’s been awesome to host a family who loves fishing and spending time together in enthralling Arnhem Land.

Dhipirri Guide Aaron Beaumont has had a blast looking after the two youngest Clarks and their dad, and Aaron has captured the two titanic battles the youngest Clark – Sullivan – has had with two thumping Dhipirri Barra.

Kids have a blast at Dhipirri – so get in touch with us via info@dhipirribarra.com.au and we’d love to help you bring your family here.