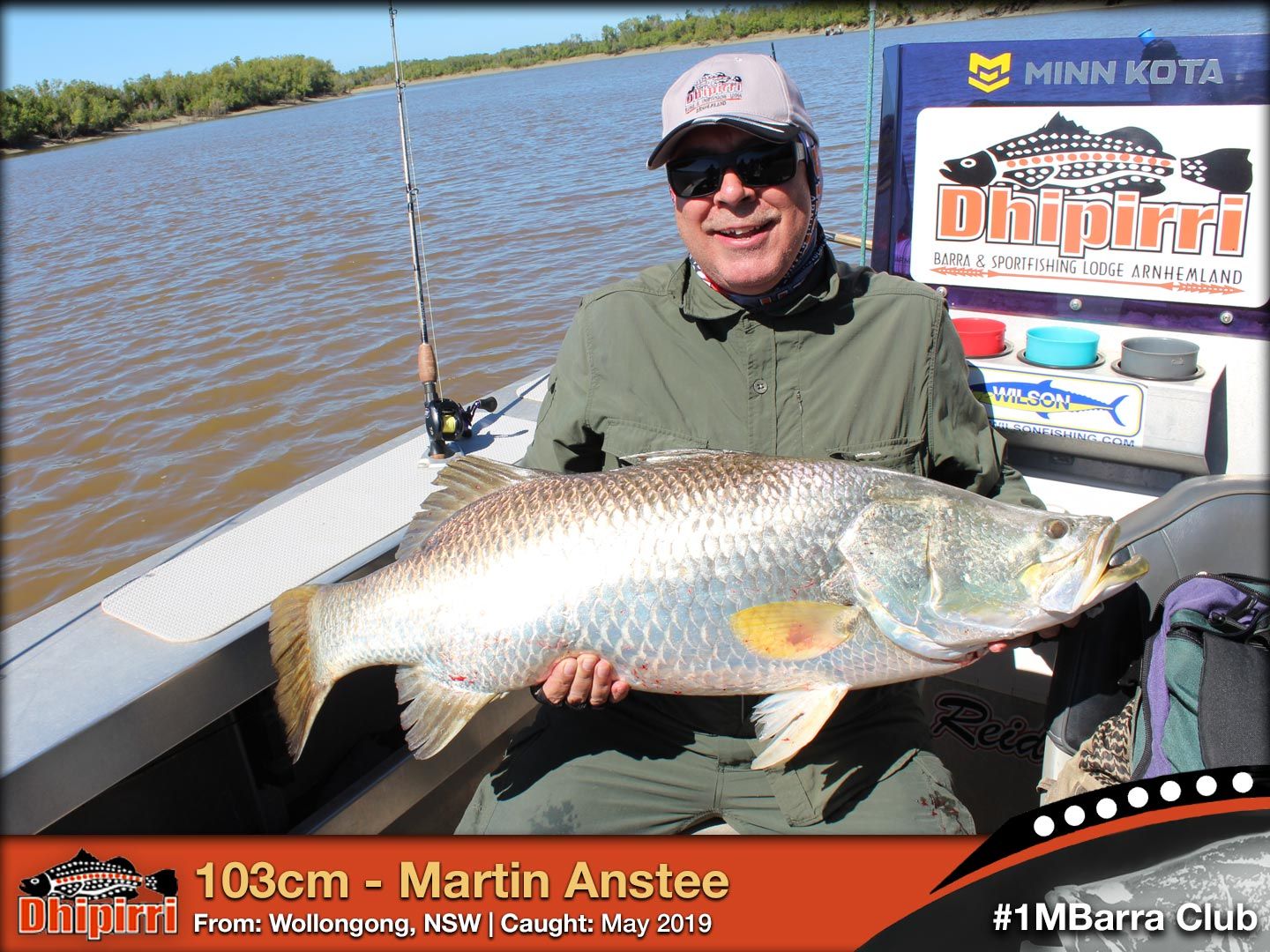 Fishing with Dhipirri Guide David ‘Syd’ Openshaw, Martin won his battle with a 103cm Barra on The Glyde River.

“Martin nailed it on the troll at the start of the push in on the rock bar. It had absolutely engulfed a yellow and red barra classic,” Openshaw explained.

“The fish stayed down for most of the fight, so we had no idea how big it was until it surfaced and it did its best to avoid the net. But once we had it on board everyone cheered and there were high fives everywhere.

“At 103cm this was Martin’s first metrey and it had swallowed the barra classic right down its throat so it wasn’t getting away.” 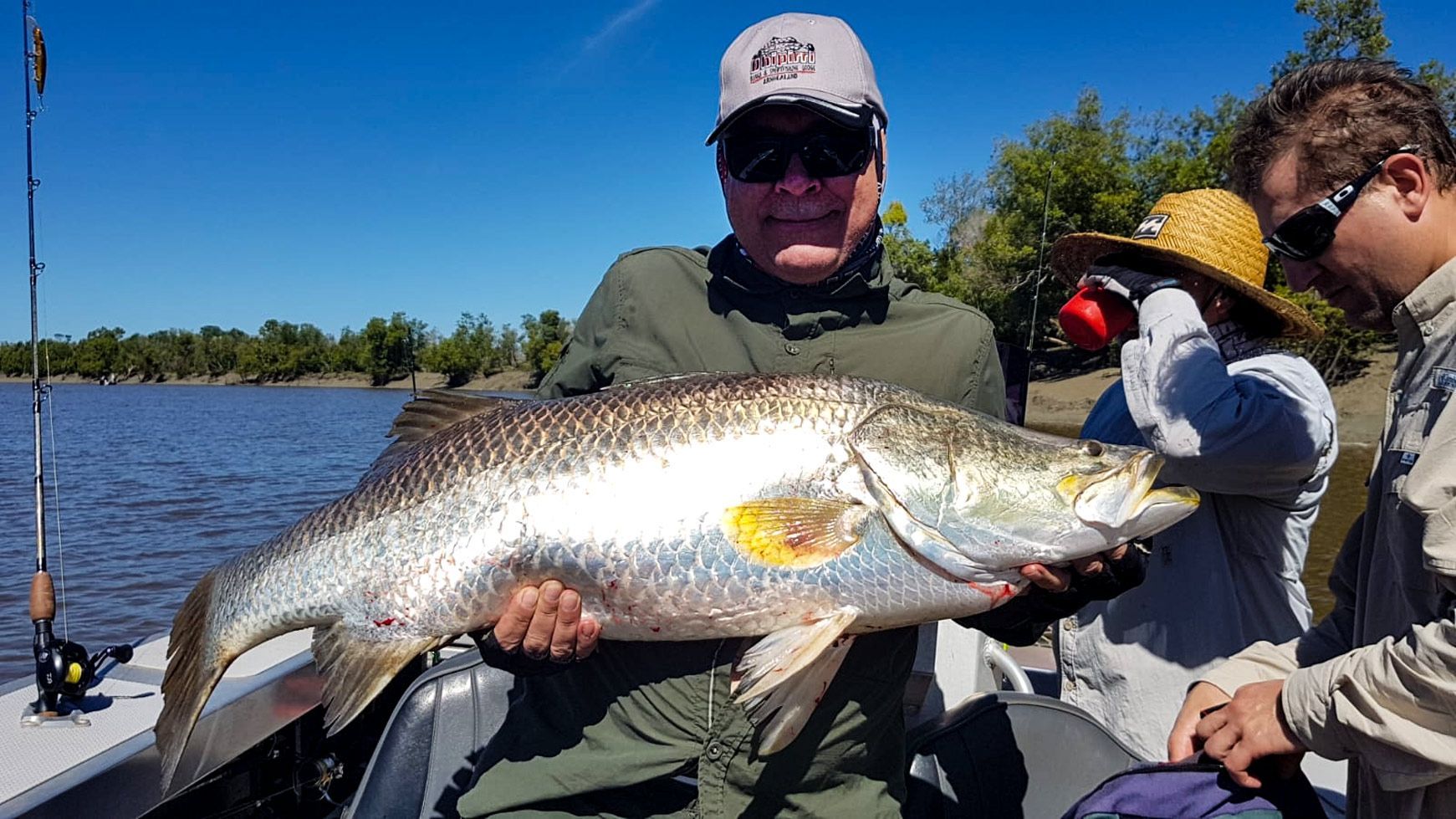