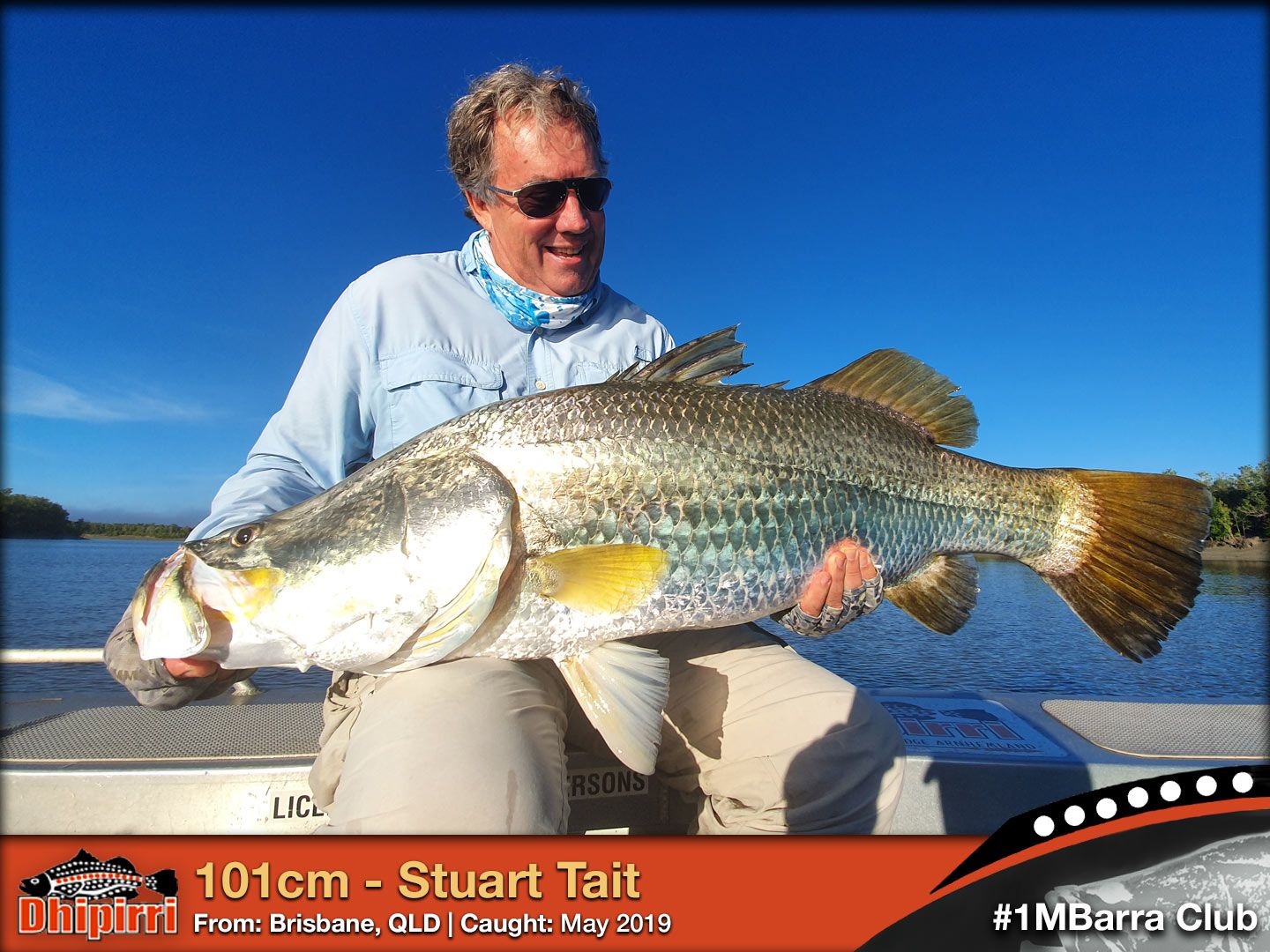 Fishing with Dhipirri Guide Jason Rogers, Stuart picked up his 101cm Metrey on The Glyde River on a boat with his good mate Ian Gough.

“We were seeing a cracker on the sounder over the rock bar on our Lowrance HDS Live and it took three trolls to get her to nail it… and she nailed a barra classic,” Rogers explained.

“We finally had a bit of pay-dirt and it went off once it was hooked giving Stuart some hurt. She jumped all over the place early but we took our time, got her in and added Stuart to the Dhipirri Metre Barra Club.“

“What a Pearler! How good is that! 101!” Stuart can be heard exclaiming on the Video which will be added to the Dhipirri Barra TV YouTube Channel this week. 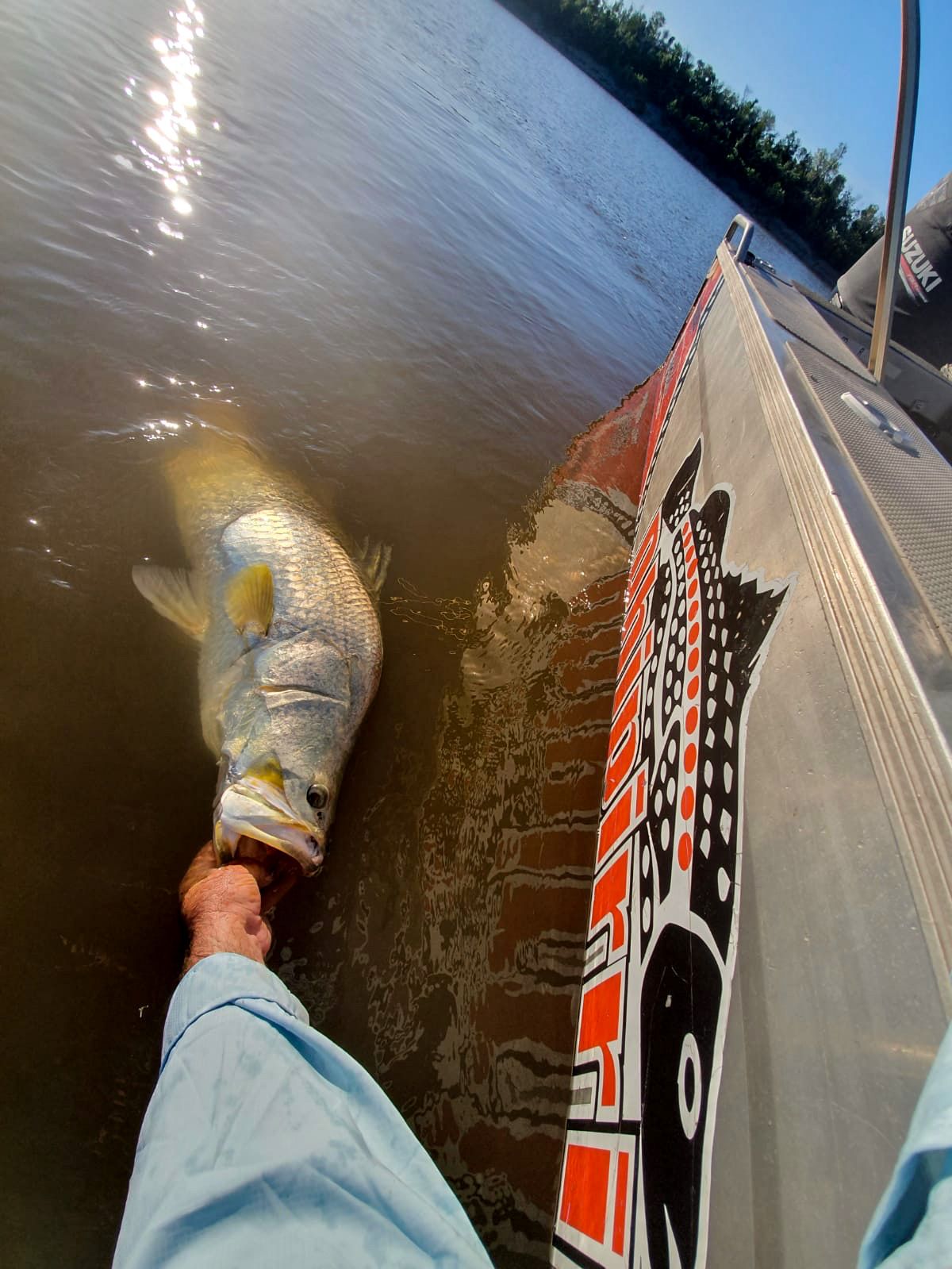